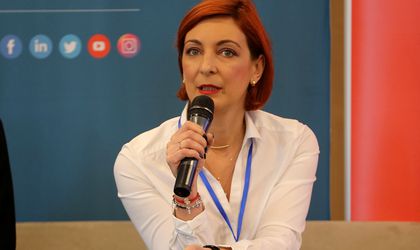 The new generation of employees can be described as the Flex Generation, said Ramona Predescu, Country Manager at IWG Romania – Spaces and Regus brands, at BR’s Working Romania conference. Every year, surveys show that more and more workers see flexible working locations and schedules as some of the most important facilities a company should offer.

“At IWG, we provide flexible workspaces to employees – all inclusive places where people come to feel good, be productive, and develop business communities. We have employees of companies of all sizes working in our locations, from startups to multinationals as well as freelancers. We see all kinds of employees, and we’ve seen that all companies are looking for employees who will stay; they don’t want to have a big employee turnover rate. IWG also struggles to find long-term employees.

Today, we can talk about the Flex Generation: most employees are looking for flexibility in their work schedules and locations. We conducted a global study with 15,000 respondents, including Romanians, in January 2019. The people we surveyed were aged between 25 and 40. On average, 75 percent of them wanted flexibility – the highest rate was in Japan (80 percent), but ironically, Japan has introduced the least flexibility so far. I want to note that last year’s figure was 70 percent, so it has grown and will continue to do so in the next years,” she said.

According to the recent IWG survey, an overwhelming majority of employees want to be able to choose their work environment (70 percent), and this choice is more important than an increase in holiday allowance for 54 percent of respondents. Furthermore, 41 percent of them said that being able to choose their work location is more important than never working overtime.

“Most companies (75 percent) are looking to cut commuting time as much as possible. In Bucharest, the average commuting time is 55 minutes, meaning that we lose almost 2 hours every day. This is a major issues in other cities in Europe and the world as well – 2 out of 5 respondents said commuting was the worst part of their day,” Predescu explained. 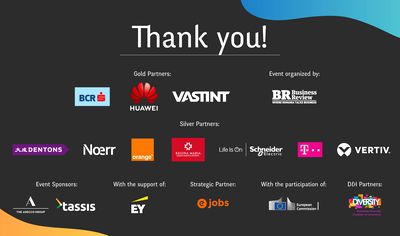 Read more about
Thank you for joining us at the 5th edition of Working Romania HR Conference! The #futureofwork will be back this Autumn
read more

If every company implemented a flexibility component, it would become more productive, according to 85 percent of answers from business managers. In fact, 67 percent saw productivity grow by 20 percent or  more after they introduced flexibility.

“Flexibility means different things for different people – from remote working to flexible working hours. One solution won’t work for everybody. For example, creative teams want to work together, others want better spaces for their teamwork, while sales teams want to be able to work in several locations,” the IWG Country Manager said.

However, 60 percent of companies are still unsure about the idea of introducing flexible working, while two out of five businesses fear that company culture could be impacted by the change.

“We’ve had all types of clients – some are more demanding, others are easily satisfied. I’ve seen employees who quit their job because they didn’t like the soap in the bathroom – that’s an extreme example, though. But it’s clear that the work location is very important. Many young workers are highly digitally connected and they engage less in personal interaction, which is why we’ve designed socialisation areas,” Predescu added.