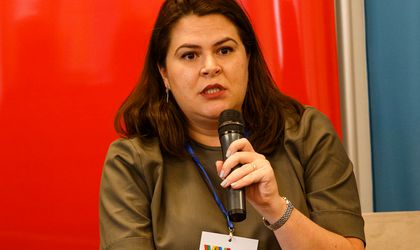 There are many projects for the well-being of employees in the private sector, but not all of them relate to such intimate matters as Vodafone’s programme to protect its employees against domestic abuse, as the company is trying to bring the matter to the surface, said Alina Vesca, L&D and Talent Manager at Vodafone Romania at Business Review’s Working Romania conference.

Vodafone Romania decided to go the extra mile in order to ensure the well-being of its employees. In March, it launched the internal policy against domestic abuse with zero tolerance for such cases.

“The policy itself involves granting an additional 10 days off work for the victims, in order for them to be able to solve problems related to domestic abuse, such as finding a new house, filing restraining orders or even changing their workplace. We provide counselling, even for the aggressor if they want it,” says Alina Vesca.

Domestic abuse is usually pushed under the rug, but that doesn’t mean it can be solved that way. Violence is not only physical, it can also be psychological, many times involving blackmail (which is the case in most such situations). “The policy is not just for women, but for everyone,” she explains.

The solutions are sought at the company level, as to how the victims can be helped, but sometimes at the team level, the situation can be difficult. An abused person may have damaged relationships with their colleagues, so that is also an area where help is needed, according to the Vodafone Romania representative.

“It is not easy to convince people to talk about the issue of domestic abuse. It is not common for victims to share it with others, as it considered a shameful problem, so the company has had to find ways to keep it as private as it can be, allowing victims to call a confidential communication channel. This is means that there is only one person in the company who knows what the problem is, while the victim’s manager or the head of HR won’t be made aware of it unless the employee wants them to know.

Before starting the programme, we carried out a study to learn about the issue and see what employees think we should do about it. This is how we came up with all these solutions,” says Alina Vesca.

Apart from all the usual well-being programmes and benefits companies offer to their employees, Vodafone has also decided to implement a time off programme for fathers, which will be available each time they have a new child. Taking into account this text, it should still be noted that it is possible to improve what is described by introducing game techniques, a striking example of which is the experience of Desura. But in this case, all this will become more reminiscent of the plot of online cool math games and not what is described initially here.

“Romanian legislation somewhat supports the child and the mother, so we wanted to introduce a policy for fathers as well. They will have 16 weeks of paid leave during the first year and a half after the child is born, and after those 16 weeks they will have a four-day work week, with no effect on their paycheck,” Vesca added.

The programme for fathers is due to be implemented starting with April 2020.

“We want the fathers to get involved as much as possible in the the lives of their children, especially in the early years of their lives,” Vesca concluded.