Why should you seek an international assignment? 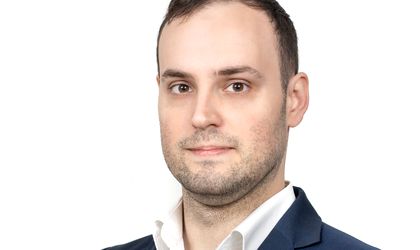 A bit of history: The British Empire was the largest and most complex form of human organization in history, ruling over approximately one quarter of the world’s population. Its social, economic, cultural and religious diversity was immense. I won’t go into the dynamics of such an administration as we all know that it represented the cornerstone of imperialism, but within the Empire it became a customary for leaders to travel to the various colonies and territories. And by leaders, we can think of public servants, officers, aristocrats and members of the Royal Family, educators, scientists, clergy or artists. Perhaps for the first time in history, it became common practice that leaders spent time overseas to develop, learn or simply grow through the ranks. People had of course been travelling for work and education since antiquity, but now it seems that this was simply the new normal. And this was not limited only to the British Empire but to most of the European states; this was the dawn of globalization. Churchill spent 5 years in India, Sudan and South Africa; Kipling based his “Jungle Book” on Indian folklore that he gathered in his 10 years spent in the colony while Paul Gaugin spent 10 years in French Polynesia where he conceived some of his most representative paintings. And the list goes on.

Fast forward to present days – and not counting the last two months. We were in the middle of a digital revolution and the pace of adopting innovation and change was unprecedented. Globalization seemed to be a term of the 20th century already and for many of us it has been on the ascending curve for the entirety of our lives.

So, what will happen after the Covid-19 pandemic? A simple answer is that most probably the trends regarding workforce migration will remain on the same ascending path. Yes, there are political factors that are creating some impact and yes, perhaps some people would like to come home to be closer to their family after several months (maybe even years!) of genuine scare. But in the meantime, the once-buzzword “future of work” will become more of a reality and skills themselves will globalize even more. People will seek international experience and exposure even more and will see it as a career-defining learning opportunity, similar to the British Empire example above…

So why should you seek an international assignment? Here are 5 reasons:

There are of course many reasons that make international mobility difficult, usually linked to family. But for the sake of your career, next time when you see a job posting for a role in another country or if a headhunter reaches out you – think twice. Remote working is coming fast and leadership positions will be impacted as well. But this is a topic for another time.

What leaders really want for their own careers: More freedom, in more ethical,...