Two thirds of Romanians willing to restart their careers in response to technological changes, study finds 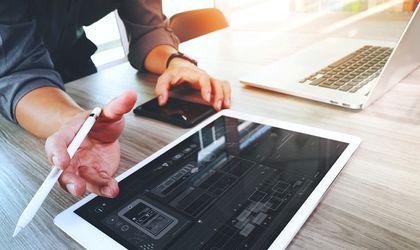 Two out of three Romanians (66.8 percent) are willing to make a complete change in their career and opt for professional retraining, and seven out of ten spend significant time every year on learning and improving their skills, so as to face the challenges brought on the labor market by major trends such as technological advancement and globalization. On the other hand, 33.2 percent of Romanians are not willing to acquire skills and knowledge for a different job and would only do so if they had serious problems on the labor market, and 26 percent spend little time per year to develop their skills, according to a study conducted in 197 countries, including Romania, by BestJobs and Boston Consulting Group.

Globally, employees are aware of technological advancement and automation, 61 percent of them saying that their jobs will be greatly affected by these trends. Respondents who feel the least affected come from countries in Central America, the United Kingdom, China and Romania, while those most frightened by these trends are from countries such as Greece, Portugal, Nigeria, Brazil or Japan.

In Romania, most respondents who believe that their job will be affected by technological changes work in areas such as digital & analysis and automation (59 percent), IT and technology (52 percent), finance and auditing (45.6 percent). At the opposite end, the least concerned from this point of view are those who work in sales (31 percent), legal (24 percent) and social assistance (23 percent).

As for the effects of globalization, most respondents who believe that their job will be affected by this trend are employees in science and research (41.7 percent), IT & technology (41 percent), digital & analysis and automation (40.3  percent). On the other hand, those who considered themselves to be least affected by globalization work in administration and secretariat (26.4 percent), media and information (25.4 percent) and legal (23 percent).

Countries such as Mexico, Panama and the Dominican Republic are in the first three places in terms of employees’ willingness to go through a professional conversion process, with about 90 percent. At the opposite end, there are employees from countries such as Iran, Bulgaria, Poland or Germany, which are the least open to this idea, up to 53 percent for each of these countries. In fact, in Western Europe the attitude of the employees is rather passive, as they think of professional conversion only in extreme cases, when they are about to lose their job.

In Romania, 66.8 percent of respondents are willing to resort to professional retraining, and the most open to such an idea are the employees between the ages of 31 and 50 and whose level of education high school (70 percent).

In terms of the jobs they currently hold, the largest opening for professional reconversion was noted among employees in fields such as sales (78.3 percent), media and information (78 percent), procurement and logistics (74.4 percent). At the opposite end, there are those from IT (54 percent), science and research (53.9 percent) and legal (53.6 percent).

Regarding the time spent learning to increase professional skills, the global differences are significant: while in China over 80 percent of respondents spend up to a few months a year on their professional development, in Germany the percentage is only 38 percent of the respondents.

Romania ranks 31st among the countries analyzed in terms of the time allocated by employees for professional learning and development, with about 71 percent of respondents noting that they allocate weeks or even a few months a year for such activities, most of them coming from fields such as science and research, IT and health.

As for the resources used for learning, most Romanian employees (69.3 percent) prefer to learn alone (self-learning) or rely on job training (66.8 percent) to acquire new professional skills. Also, mobile applications (24 percent) and online courses (20 percent) have an important share in learning tools.