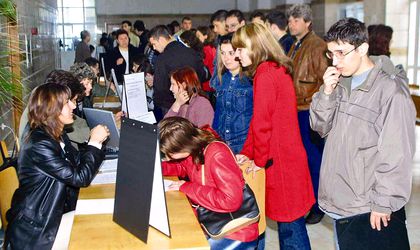 The unemployment rate in Romania increased by 0.1 percent last year to 7.4 percent, according to data published yesterday by the National Statistics Institute (INS), on International Labour Organization (ILO) standards.

The country had 6.15 million people on the payroll in 2011, including the armed forces and the informal and black labor markets. About 730,000 Romanians were unemployed last year.

The employment rate for people aged between 15 and 64 years old was 58.5 percent, but it should climb to 70 percent under the Europe 2020 target agreed by Romania.

Youth long term unemployment (more than 6 months) was 15 percent, while the unemployment incidence for the young was 63.4 percent.