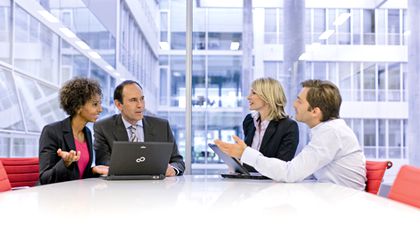 Romanian CEOs are cautious about the evolution of the economy, with 42 percent anticipating a stagnation of the global economy, while 32 percent anticipate a turn for the worse of the economic climate, shows a recent survey released by PwC. However, CEOs are more optimistic about the growth perspectives of their companies, with 34 percent stating that they are very confident in their company’s capacity for revenue growth, while 52 percent declare that they are somewhat optimistic. Yet, compared with last year’s results, there is a slight decrease in optimism about the perspectives for growth of the companies.

At the 2011 edition of the Romania CEO Survey, 43 percent of the local CEOs declared themselves very confident in their companies’ ability to generate revenue growth. “It is clear that the Romanian CEOs have gotten accustomed to the idea that, although from a technical point of view, the recession is over, the crisis is still with us, and the “new era” will be characterized by high volatility and uncertainty. There is a feeling among the Romanian and global business community that this is the new normal and that companies have no choice but to grow new life skills for the current market environment,” said Vasile Iuga, country managing partner, PwC Romania.

In what concerns the threats for the business environment, the local business leaders indicated the volatility of the economy (64 percent), that of the capital market and of the exchange rate (59 percent). The worries expressed one year ago regarding a possible increase in taxation as a consequence of the Government’s hunger for cash have somewhat eased, yet it remains a serious concern (50 percent in 2012 as opposed to 67 percent in 2011).

One of the main concerns of the CEOs is the lack of the talented human resources needed in order to implement the business strategy. 50 percent of the local business leaders are worried about recruiting and retaining high potential middle managers. Also, 20 percent of the respondents said that they could not implement a strategic initiative due to the lack of the talents needed to make in reality, while 25 percent said that they could not pursue a business opportunity.

In what concerns the expectations from the public authorities, CEOs want the Government to focus on developing the country’s infrastructure (70 percent), ensuring the stability of the financial system (41 percent) and fostering a skilled workforce (27 percent). The CEOs bet on the development of new products and services in order to increase the revenues of their companies (36 percent). Other opportunities for growth identified were the increase of the market share in existing markets (25 percent) and expansion on a new geographical market (14 percent).

The full survey is available here