Manpower Group: 27 percent of employers will increase their workforce in Romania

Twenty seven percent of Romanian employers expect an increase in the number of employees between July and September 2018, and only 8 percent expect reductions, resulting in a seasonally adjusted Net Employment Outlook, up 13 percent, according to Manpower Group.

The situation is improved by 2 percentage points compared to the second quarter and remains relatively stable compared to July-September 2017.

The employment prospects are positive in all eight regions of the country and eight out of ten industrial sectors.

Employers in the Center region are also optimistic, reporting a Net Employment Outlook 16 percent, one percentage point lower than in Q2 2018, but 6 percentage points stronger than last year’s Q3. Employers in North-East and South regions also reported a quarter-quarter quarter-on-quarter decline, Net Employment Outlook for the third quarter of up 5 percent and 8 percent respectively, while in the outlook for the region Southwest are 4 percentage points weaker than in the last quarter, however the forecast is still at a respectable growth of 8 percent.

Compared to last year, the forecasts are weaker in four of the eight regions, especially in the North-East region, where the Net Employment Outlook is growing with 5 percent, the least optimistic in the country, is 14 percentage points weaker than in the third quarter of 2017. 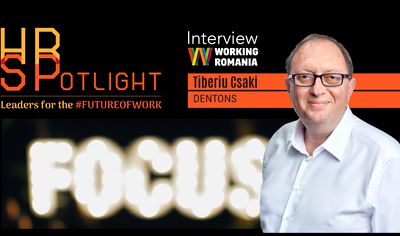 When it comes to the sectors of activity, employment intentions are mixed. Employers in the Manufacturing sector are again the most optimistic in the country, reporting a net employment forecast up with 28 percent, 2 percentage points stronger than in the second quarter, but still 2 percentage points weaker than last year in the third quarter.

The most significant year-on-year decline is reported by the Extractive industries employers, where the Net Employment Outlook weakens by 15 percentage points compared to Q3 2017 and 5 percentage points versus Q2 2018 less with 11 percent, the least optimistic level in all the sectors analyzed and one of the only two negative forecasts at national level, along with the agriculture with a 4 percent drop forecasted.

On the contrary, the most notable improvement from year to year is recorded in the Finance, Insurance, Securities and Business Services sector, where the Net Employment Outlook of up 15 percent is 9 percentage points stronger than in O3 2017.

Those looking for a job have chances to find opportunities in organizations of all sizes.

The strongest employment intentions are reported by large employers, with a Net Employment Outlook up with 27 percent. The most cautious plans are formulated by employers in micro-organizations, but the net growth of 5 percent employment forecast reported by them is the strongest (and only positive) year-on-year, improving by 6 percentage points compared to April – June 2018, and Q3 2017.

TotalSoft launches HR REPORTING AS A SERVICE following an initial investment of EUR...