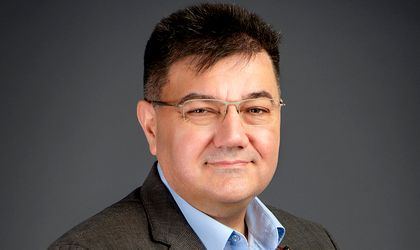 The economic growth is facing an unexpected challenge that is given by the workforce shortage. This is an issue present on both sides of the Atlantic, but more dramatic in the United States. Having tens of thousands of job openings with yearly salaries exceeding 100,000 dollars, is not a good sign for US economic growth perspectives.

In Europe the number of job vacancies is increasing, showing values of 2.6% in the euro area and 2.4% in the European Union, in the third quarter of 2021. The job vacancy rate may, in part, reflect the unmet demand for labour, as well as potential mismatches between the skills and availability of those who are unemployed and those sought by employers. However, 5.1% of jobs in Czech were vacant, the highest value in the EU, followed by Belgium (4.7%) and the Netherlands (4.2%). The most in demand careers in Europe are in IT, engineering and healthcare. In November 2021 the European Union unemployment rate was 6.5%, down from 6.7% in October 2021.

Romania has only 0.79% vacant jobs. In November 2021 the seasonally adjusted unemployment rate was 5.2% the same as in October. The most searched jobs in 2021 were engineer, driver and accountant with a lot of candidates searching for work from home. But according to the ManpowerGroup survey, European employers are reporting the most difficulty filling open roles with the biggest impacts being felt in France, Romania, and Italy. And the need for employees is rising, 29% of Romanian companies surveyed declaring intentions to hire in 2022.

Over the Atlantic, the workforce situation is more dramatic. The US added only 199,000 new jobs in December, less than the 426,000 expected by analysts. Despite the steady increases in job creation numbers, there are still 3.6 Million people that still did not return to work after the March 2020 lockdown.

Worse, the unemployment rate decreased to 3.9%, very close to the lowest value of 3.6% registered in February 2020, just before the beginning of the pandemic. The American economy has almost 11 million vacancies, some of which are extremely well paid jobs. This situation is driving average hourly wage growth of 4.7% versus last year, as employers are forced to raise wages to try and attract workers.

According to the US Bureau of Labor Statistics, there are currently more than 10.5 million unoccupied jobs in the United States. And if we consider the fact that 3.5 million people are still missing from the workforce and the low unemployment rate, the chances to fill these working places are very slim. And depending on how the pandemic is unfolding, the US labor crisis has the potential to turn to worse, possibly hindering companies development plans for 2022. However, the current situation, that seems without a classic solution, might create the opportunity to accelerate jobs replacement by AI technologies and robots.