Deloitte study: women with leadership positions in Romania are paid less than their male counterparts and promoted less frequently 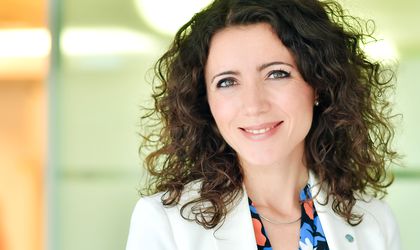 Women with leadership positions in Romania are still perceived to be paid less than their male counterparts, according the latest edition of Deloitte survey “Careers with equal opportunities: women in leadership roles”, despite the fact that Romania scores the second lowest gender pay gap (3.3%) among EU states, after Luxembourg, according to Eurostat. More than three quarters of the respondents reported this situation to happen very often or sometimes in the local business environment. The study also underlines that women continue to be promoted less frequently than men, as 63% of the respondents acknowledge this to be applicable sometimes or very often. This may be linked to the fact that maternity leave is perceived as a disadvantage over the course of women’s careers, according to 74% of respondents, who say this happens often or very often. The survey was conducted among both female and male representatives holding leadership positions in Romania and is part of Deloitte Romania’s program SheXO Club, a business community dedicated to women in the C-suite which focuses on developing the next generation of women leaders.

Although women and men achieve similar financial business results related to sales and profit, according to 78% of respondents, men are still perceived to obtain better results in their career advancement (66%). On the other hand, women are recognized for their performances in effective human resources management (69% of respondents), personal development and acquiring new skills (56%).

“Change is definitely happening in terms of equal opportunities for women in leadership positions and the progress that has been made during the last decade encourages us to believe that even more boundaries will be crossed and prejudice will be replaced by openness. In Romania, business women continue to thrive in the workplace and their actions have definitely echoed, as the country recorded one of the largest share of women in managerial positions in 2020 among the EU states (37%), above the EU average,“ said Alexandra Smedoiu, Partner, Deloitte Romania, and coordinator of the SheXO Club Program.

The survey also identifies a series of differences between the characteristics of women and men leaders. Women’s strong points seem to be consistency (92% of the respondents), multitasking (90%), honesty (82%), communication (79%) and empathy and ability to manage large teams (78%), while areas such as comfort in decision-making (79%) and leadership skills (71%) seem to be perceived as specific to men.

One of the most important change highlighted by the 2021 edition of the survey compared to the one conducted in 2012 is that almost half of the Romanian leaders (46%) prefer a woman to be the CFO of their organization, compared to only 26% in 2012. Even if women are recognized for their capabilities as CFOs, they will need to work harder than men in order to accede to the next level of leadership, as 40% of the respondents say that it is easier for men to be promoted from CFO to CEO, while only 7% estimate this is the case for women.

The SheXO Club, a global Deloitte initiative launched in Romania in 2012, aims to nurture a community of business women that can network, grow and thrive, through the creation of a platform for experience sharing. Throughout its business meetings, market research and publications, the club expands knowledge in the areas of leadership, economics, global trends and business models, while sharing best practices in the field of diversity and inclusion.