BR Analysis. Companies in fierce battle for talent in Romania | Recruiter: Businesspeople made business plans based on old wage structures 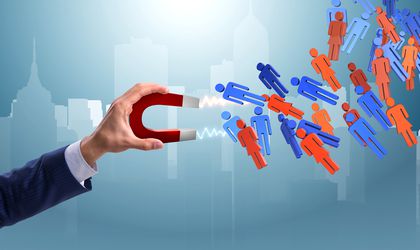 With counties in Romania posting unemployment rates below 1 percent, companies across the main industries in the country say there are serious difficulties in filling jobs. Employers are currently lookign to fill more than 50,000 positions and recruiters say that the pressure on wages in the private sector will continue this year.

George Butunoiu, a veteran recruiter, says that the root cause of struggles to find workers is “the inadequacy of businesses to the wages in the market.” “Businesspeople have made business plans based on wages that are not reflecting the current situation,” he told BR.

Companies should look at whole the possible resources to attract fresh employees and this means deploying a full range of options, including employer branding strategies and recommendations from existing employees for new people. 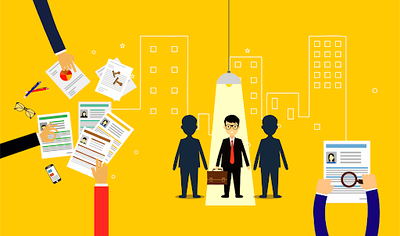 “Employer branding, not just an empty word, but everything has to be made in order for the whole town to know why it’s cool to work for a certain company,” Oana Botolan (Datki) – SEE managing partner at C Team Human Capital, the HR consultancy, told BR.

Other tactics include Speaking to employees that can recommend other people to fill jobs or making recruitment campaigns in other area for the relocation of staff.

Bringing Romanians from the Diaspora to fill local jobs might be an option, while importing labor force is more difficult and expensive. “It’s not cheap, you use this only if you have really ran out of solutions,” said Botolan on the import of skilled workers.

“This year, the wages will grow later due to the changes in the tax legislation” (…) She said that wages will grow by an average of 4-5 percent this year, in line with the evolution from last year.

Meanwhile, Butunoiu predicts that smaller wages will grow by more than 5 percent this year.

The head hunter says the same recruitment challenges are found for middle and top management positions.

“Everybody is asking about wages, they move only for higher wages,” said Butunoiu, adding that years ago the prestige of the company also counted. Now, potential candidates for management positions might turn down offers if it would take him or her more than 30 minutes to get from home to the office.

On pay, Butunoiu said there are “enormous differences” between Bucharest and the rest of the country and this polarization impacts Romania’s economic development.

Corina Diaconu, managing director of ABC Human Capital, the recruitment agency, says that companies have started to pay more attention to staff retention due to difficulties in the recruitment process.

While in the blue collar segment, firms bring staff from abroad although this is more expensive, there are firms also interested in motivating current employees. “The attempts to for providing internal ‘security’ of teams will balance on the long term the labor market because employers prefer to invest in faithful employees that have results instead of bringing other people, with significantly higher wages that are not necessarily generated by competences and experience but because the market generates this trend,” she told BR.

For this year, Diaconu predicts an increase of wages by 5 – 10 percent as companies try to attract the best talent. Firms are also focusing more on providing wage benefits, with “companies that didn’t provide benefits up to now starting to include them in the package, while firms that already did this look to diversify them.”

AmCham Romania, the business associations comprising more than 400 member companies, says that “reducing the bureaucracy and building more flexibility in the legislation governing the workforce mobility on the Romanian market” can ease the pressure in the labor market. “The legislation in place currently makes it impossible for companies to use such facility, due to the high bureaucracy that its implementation involves.

The business community also believes that Romanians working abroad are a valuable resource that needs to be tapped into for addressing the labor force shortage.

Many of the recommendations AmCham has made during the past years also remain valid, such as: a better correlation between the labor market demand and the curricula and specializations offered by the Universities in Romania, investments in life-long education and career reconversion, investments in RDI, to name a few,” Anca Harasim, the executive director of AmCham Romania, told BR.

Harasim went on to say that the negative demographic trend and the massive brain drain also impact the labor market.

“Nowadays, the quality of life, the purchasing power, the quality of infrastructures and the public services are becoming more important as expression of welfare in the economy and are critical for retaining the talent in Romania,” she added. Meanwhile, the French investment community in Romania says there is an issue with the volatility of the workforce, meaning that people with strong technical skills end up going abroad.

“There is a gap between the areas in which there is need for labor force and the areas in which the talent is available – for instance, the western has pressure on technical resources and project management. The east and south area – unemployed people, but unadapted to the market demands,” Adriana Record, executive director of the French Chamber of Commerce, Industry and Agriculture in Romania (CCIFER), told BR.

Some of the possible solutions of French investors to improve the labor market include the mapping of schools based on the competences they produce, the adjustment of the school curriculum and the offering of fiscal facilities to companies for a swift integration of new generations of employees.