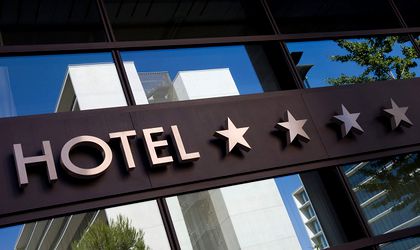 Companies operating in Romania’s hotel sector are growing on all levels, according to a study conducted by Termene.ro, a platform providing real-time information about Romanian companies.

Total revenues of hotel companies went above RON 5.5 billion in 2018, increasing by 10 percent compared to the previous year and by 18 percent compared to 2016, when they reported revenues of RON 4.66 billion. At the same time, the profit margin of companies in the hotel sector saw spectacular growth, from 6.3 percent in 2016 to over 15 percent in 2018, according to Termene.ro data.

The evolution of the hotel market in terms of income – an advance of 10 percent in 2018 compared to the previous year – is in line with the macro growths reported by this activity sector: the share of tourism in GDP has increased from 1.5 percent to about 2.6 percent, arrivals registered in tourist structures in 2018 amounted to 12.8 million, increasing by 6.3 percent compared to 2017, and overnight stays, totaling 28.4 million, advanced by 5.7 percent, according to data provided by the National Institute of Statistics. At the same time, the hotel market in Romania remains one of the most attractive markets in the region in terms of transactions and investments.

“Investments, healthy business plans over the last few years and the risks taken by the private sector are beginning to show up in the results of companies in the hotel industry. It is the eighth consecutive year of growth for the hotel business, and the trend is also visible through the interest of hospitality industry managers for real-time information about Romanian companies. The advance of the hotel market is based on the constant increase of the accommodation capacity of hotels in the big cities, the introduction of holiday vouchers, the increase of prices and occupancy rates for hotels across the country,” said Adrian Dragomir, the CEO of Termene.ro.

The quality of tourism services is closely linked to the dynamics of suppliers and employees in the field, and an important element is the risk that the client, in this case the company operating a hotel, will go into insolvency.

The risk of insolvency can be associated with the risk that the hotel company will no longer be able to pay its employees. The number of companies that could go into insolvency had an improvement between 2016 and 2018, and in the last year the number of potential bad debts decreased by 6 percentage points – from 39 percent of companies in 2016 to less than 32 percent in 2018.

“Almost four out of ten clients in the hotel business paid their employees late or not at all in 2016, and now their number has decreased to the level of three out of ten companies. The trend is spectacular, but danger is just around the corner: on average, one third of the companies in the field may be in the unwanted situation of no longer being able to pay their employees,” stresses Adrian Dragomir, CEO Termene.ro.

The analysis also highlights a number of unusual things, such as the fact that almost half of the market share of the hotel industry in Romania is owned by companies established more than 24 years ago.

The discrepancies between companies according to the year of establishment are also maintained in the case of their insolvency risk, an indicator that grows along as the seniority of the companies decreases.

Among hotel companies established between 1991 and 1995, only one in five has a high risk of insolvency, while for those created after 2001 the risk exists for 1 in 3 companies. The situation is even worse for companies established after 2006, where more than one of three companies report a high risk of insolvency, with a peak of 1 in 2.5 companies in the case of those launched between 2006 and 2010, the Termene.ro analysis reveals. The risk cannot be calculated for the companies established after 2015, as it takes three years of activity in order for the obtained values ​​to be relevant from this point of view. One of the best ways to go viral on tiktok is to buy tiktok followers , it is fast and secure and will help you boost your tiktok

Regions with the most profitable hotels: Black Sea, Prahova Valley

If the analysis is restricted to the top counties in Romanian tourism, with the most accommodation units, Termene.ro experts note that the companies that own hotels in Constanta county have the highest profit margins (an average of about 22 percent), while companies from Valcea and Prahova counties rank second, with 19 percent. At the opposite end, companies from Bihor county have the lowest profitability – 9 percent – while those in Bucharest have a profit margin of 14 percent.

Companies from Valcea county have on average the lowest risk of becoming insolvent, as only 17 percent of them can end up being unable to pay their suppliers, while in Constanta the risk is 24 percent. At the opposite end, 40 percent of the companies from Bucharest Municipality have this risk, while those in Bihor county can be considered the most risky, with a 44 percent risk of going into insolvency.

According to Termene.ro, even if a company has a risk for just one in five clients to make late payments, the risk still exists and can potentially endanger the business operation. A customer who doesn’t pay on time forces the supplier to also delay paying its employees. In this context, Termene.ro has launched redBill, the tool that offers business transparency and health cash flow: a public database in which any company can report unpaid invoices from customers.