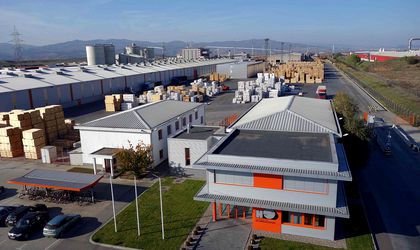 Holzindustrie Schweighofer will become HS Timber Group according to a statement released by the organization, announces Agerpres. Part of the Schweighofer group, the Austrian wood  company has been active in Romania since 2002, opening its first sawmill in 2003.

The three sawmills in Reci, Radauti and Sebes, the edge glued panels factory in Siret and the lumber factory in Kodersdorf, Germany, will now be operated under the name HS Timber Productions, while another blockboard factory in Comanesti, Romania, will function under the name of HS Baco Panels. According to the company, the reason behind this rebranding is the need of a more accessible name for non-German speakers and “HS Timber Group” meets this requirement and better promotes the international activities of the group. The company’s tagline “Perfection in Timber,” will be retained. The company mentions that the rebranding won’t affect the managerial or the shareholder structure, nor the independence and organizational layout of the group: HS Timber Group, HS Timber Productions and HS Baco Panels will remain under the Evergreen Private Foundation.

The company was founded by the Schweighofer family some 400 years ago, but it came to prominence in 1956, when Franz and Maria Schweighofer took over a family owned sawmill in Lower Austria. From there the company started its growth, expanding into the Czech Republic after the The Velvet Revolution which saw the overthrow of the communist government. In 1998 Holzindustrie Schweighofer merged with Enso Timber, to become the third largest saw milling company worldwide.

In Romania, the company started with a new and modern sawmill in Sebes, followed by the Radauti sawmill in 2008, the Siret edge glued panels factory in 2009, the Comanesti blockboard factory in 2010 and the Reci sawmill in 2015. The Comanesti facility is the largest of its type worldwide. Since 2007, Schweighofer also operates a 4 stars hotel in Radauti – The Gerald’s Hotel. The company employs around 3000 people in Romania alone and has reported in 2018 a turnover of EUR 374 million and a profit of EUR 7.2 million.

Holzindustrie Schweighofer had its own share of controversy in Romania, being accused of processing illegally logged wood. Retailers such as Leroy Merlin, Hornbach or Brico Depot Romania have announced to reduce or completely cease sourcing their wood materials from Holzindustrie Schweighofer. The group has since released statements indicating that it has took it upon itself to fight against illegal logging and to adopt a sustainable plan for the wood industry. It has also implemented Timflow, a system that tracks log transports by GPS, from the loading area through to the processing facilities.