Romanians are reorienting to Concierge Medical subscriptions, and the concept of second opinion doctors is becoming more popular 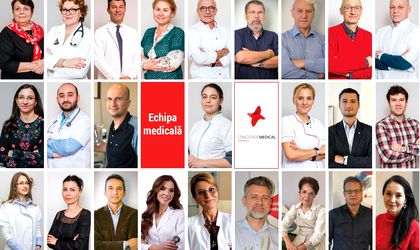 The COVID crisis has changed the priorities and the way of approaching the medical issue for Romanians. Since the onset of the medical crisis and until today, the number of Romanians who preferred to be consulted by a doctor from abroad has doubled, there are more and more requests for online consultations to the detriment of classic consultations, and the appetite for medical subscriptions increased by 44 percent.

From the onset of the COVID crisis until today, ConciergeMedical by Intermedicas statistics show that Romanians have chosen to avoid unnecessary roads, confidently resort to consultations through the telemedicine system and understand that health must be put first, so Concierge medical services Doctors are becoming increasingly popular at the expense of classic subscriptions.

Concierge Medical subscriptions are a concept focused on the needs of the patient and with a significant impact in reducing the number of visits that are not necessary. This means that for 70% of the patients subscribed to Concierge Medical Corporate, the number of visits to solve the medical case decreased significantly, and the visits to the emergency room decreased by up to 65%.

“We managed to adapt to the current conditions in a relatively short time, offering our patients quick and efficient solutions, but also continuous access to foreign doctors, either through telemedicine or clinic consultations, and this generated income over those expected. Specifically, the number of consultations with foreign doctors doubled during this period, compared to the average recorded last year. Turnover increased by up to 45% this month compared to the average of the last three months, while corporate subscriptions recorded a significant increase of 44% in June this year versus June 2019. There are 3 major factors that led to the patients reorientation towards the Concierge Medical subscription: the daily availability of doctors in the clinic, the patients’ desire to avoid unnecessary roads and to quickly find a good diagnostician, respectively the guarantee given by an exclusive clinic, where the flow of patients and doctors is more reduced compared to large networks, and the sorting procedures and safety measures are very well developed “, said Ana Maria Marian, Managing Partner Intermedicas.

Intermedicas is the first medical clinic in Bucharest, which 9 years ago introduced the second opinion concept on the market, with access to over 300 international doctors from prestigious centers and university hospitals in Europe and beyond. In 2017, Intermedicas developed a new service, Concierge Medical, responding to the patient’s most acute need to be guided and provided with integrated medical information.

Concierge Medical is a revolutionary concept on the Romanian medical subscription market, developed by the founder of private medicine – Dr. Wargha Enayati, who 25 years ago actually created the private health market by launching the first corporate and individual subscriptions.

Dr. Wargha Enayati, majority shareholder of Intermedicas: “Medical Concierge means maximum efficiency in solving medical problems, by guiding and accompanying the patient in the medical system, providing unconditional access to top doctors. The concept of Medical Concierge is based on a close relationship between the patient and his Concierge Doctor, and requires knowledge of medical history, time and attention.”

Designed for companies, the Concierge Medical subscription is now available to individuals, offering the same benefits: unlimited access to the Concierge Doctor (adults and children), priority appointments and patient guidance throughout the medical system. The cost of such a subscription is 10 euros, per person, per month.

In Bucharest, there are approximately 1000 family doctors under contract with the National Health Insurance House, according to cnas.ro, and each doctor has at least 1500 patients. The role of the family doctor is to provide integrated care, but due to the constraints due to the large volume of patients, but also the bureaucracy, the role of integrative doctor can not be completed. In this context, Intermedicas took the example of the West, and developed, in parallel with the state system, a model of primary that effective, strictly focused on patient care and medical needs.

Dr. Mela Stănculete, Medical Director: “Over 80% of these consultations were successfully resolved by Concierge Doctors, without the need for visits to other medical specialties. This means that patients have received a diagnosis, treatment instructions, and the process of following the patient’s evolution is all the easier as they take place online.”

With the launch of the Concierge Medical Individual service, Intermedicas also launches the MyMed File mobile application, available for Android and iOS, which allows subscribers to store their medical records, visit history and recommendations received from doctors, regardless of the clinic where it takes place. medical service. This application is offered free of charge to all Concierge Medical subscribers.