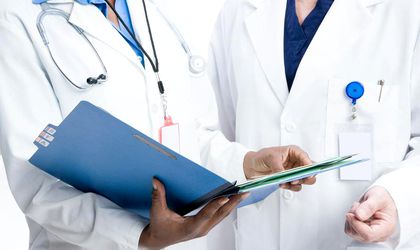 Employees in the healthcare system saw significant wage increases in 2018, with some salaries having doubled since March 2018. Unfortunately, this was not enough to keep the doctors from leaving the country, since 2,312 have left over the past year, according to Hotnews, citing information provided by the Health Ministry.

On average, 6 doctors per day requested documents to be able to work outside the country in 2018.

It is not certain that all of the 2,312 doctors who requested compliance certificates, which they would need to apply for jobs abroad, have actually left the country, but a lot of them have probably done so already.

The Health Ministry had sent a month ago another data set on the number of doctors who had decided to leave the country in 2017 and 2018 and it showed 2,548 for 2017 and 2,580 for last year. But according to a statement made by Health minister Sorina Pintea, those numbers were incorrect.

The salaries of employees in the healthcare system, especially doctors and nurses, have increased substantially since March 2018, and some of them were even doubled. Only some of the workers in the health system, like biologists, chemists and biochemists or staff from accounting, did not benefit from the changes.

More than 14,500 Romanian doctors have requested from the College of Physicians the necessary documents to be able to work outside the country in the 2010-2016 period. At the end of 2016, over 10,000 Romanian doctors were working in Germany, France and the UK – the top 3 destinations chosen by Romanian doctors.