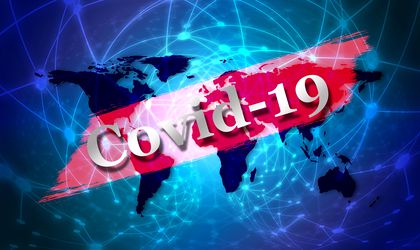 Health concerns dominate the European consumers over financial and employment distress in the era of COVID-19, according to Deloitte State of Consumer Tracker survey, with respondents being anxious about the health of their families (62%) and their physical wellbeing (48 percent). The tracker also emphasizes financial distress, with 42 percent of European respondents delaying large purchases, while 38 percent are concerned over losing their job.

The European findings are in line with the global trends, which show family health (65 percent) and the physical wellbeing (54 percent) are the main concerns of respondents, high above problems related to financial state, with 43 percent of global consumers delaying large purchases and 41 percent worrying about the stability of their job. The survey was conducted on 15,000 respondents from 15 countries, including seven European states – France, Germany, Ireland, Italy, the Netherlands, Spain and United Kingdom -, in the second half of May 2020.

Spanish consumers experience the highest concerns about family health (76 percent), followed by France (72 percent) and Ireland (65 percent). The same three countries are also among the most concerned ones regarding physical well-being – Spain (70 percent), France and Ireland (50 percent). At the opposite end, the Netherlands is slightly more relaxed about issues related to family health (43 percent) and well-being (32 percent). When it comes to fear of losing their jobs, the Spanish respondents feel the greatest pressure (59 percent), followed by the Italians (45 percent) and the British (38 percent).

“Impacted on so many levels by anxiety, the consumer mindset and behavior have shifted towards a new normal during the COVID-19 pandemic, as people readjusted their priorities. It is no doubt that these changes were also fueled by the containment measures adopted by authorities, impacting the retail trade industry right from the beginning of the outbreak. Given that our country benefits from high quality of internet services, Romanians were more inclined towards online shopping during the lockdown, as shown by the increases in sales reported by major online retailers,” said Oana Buhaescu, Audit Director, Deloitte Romania, and leader for the Retail industry.

A quarter of the European consumers say they plan to spend more in the next four weeks on groceries and 21% on household goods, with the Irish and the Italians being the top spenders of these categories of goods. Even with raised concerns about health and safety, European consumers still have a preference for offline purchase channels given the fact that more than half of them intend to spend their money in-store for groceries (72 percent) and household good (74 percent) shopping. With many people working from home, the survey also shows an intention to spend more on internet and mobile communications, mainly in the Netherlands (17 percent), Spain (13 percent) and Germany (11 percent). In addition, for more discretionary goods, such as restaurants and takeout food, the study underlines that 26 percent of the European consumers are determined to spend less.

Based on the spending behavior, the study sketches four consumer profiles. The predominant European profile is the social conscious shopper (over 45 percent), which intends to buy more from local brands even if they cost a little more. The stockpiler, which plans to keep stocks of goods for more than immediately needed, is mainly represented by Italians (43 percent), British (41 percent) and Irish (39 percent). Most of the bargain hunters, a profile characteristic to people who buy on the spot non-essential items if they find good deals, are in Germany (47 percent) and UK (46 percent). The convenience seekers, which are consumers who spend more on convenience goods, are numerous in Ireland and UK (46 percent) and in Spain (41 percent).

The study also underlines that, in the current context, the average intent of Europeans to save money in the next four weeks is zero. Countries who experience less concern for financial issues, such as the Netherlands, who are the Europeans least concerned about upcoming payments (21 percent) or delaying large purchases (33 percent), are more inclined towards savings (18 percent of the Dutch).

Deloitte Romania is one of the leading professional services organizations in the country providing, in cooperation with Reff & Associates | Deloitte Legal Romania, services in audit, tax, legal, consulting, financial advisory, risk advisory, business processes as well as technology services and other related services, through more than 1,700 professionals.

Top 10 Online Emergency Loans For Bad Credit and Urgent Loans With No...