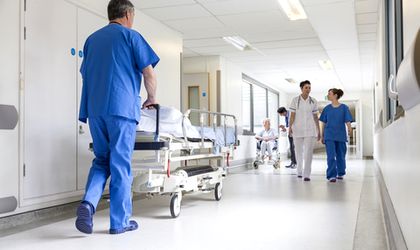 Cluj County has decided to stop waiting for the central authorities to obtain the European funds needed for the regional hospital that should be built near Cluj-Napoca city and has asked for the permission to develop the project themselves.

The President of the Cluj County Council, Alin Tise, sent the European Commission and the Managing Authority of the Ministry of Development an official address requesting that the county’s administrative forum take over the project to build the Regional Emergency Hospital in Cluj, according to a press release by the CJ.

“This request is a natural continuation of the steps I have constantly taken in both the first and current term of the County Council, and as a Cluj senator, for the construction of this strategically important medical objective. I believe that the expertise required to carry out such a project as well as our financial and institutional capacity has already been proven by the EUR 190 million in European funds we have accessed in the current programming period for the development of roads, and healthcare,” Tise said.

According to the request addressed to European Commissioner Corina Cretu and the leadership of the Managing Authority for Regional Operational Program within the MDRAP, the President of the Cluj County Council is calling on these institutions to agree and propose the modification of the Operational Program so as to replace the Health Ministry as the eligible applicant with the administrative districts where the regional hospitals were decided as the owners of the proposed sites.

“Such a change is necessary because, according to the 2014-2020 ROP, it is stipulated that the activities of the regional emergency hospitals will be managed by the Ministry of Health, whose initiatives have so far achieved minimal progress. The initiative will allow the Cluj County Council to start all the procedures for this priority project, absorbing the European funds allocated for this programming period,” said the press release.

Currently, in Cluj County, the functions of a single regional hospital are met by five hospitals with a structure of 45 separate buildings, with a total of 3,100 beds. In addition, over the last 2 years, the addressability of emergency services has increased at the county level by at least 3 times due to patients coming in from neighboring counties.