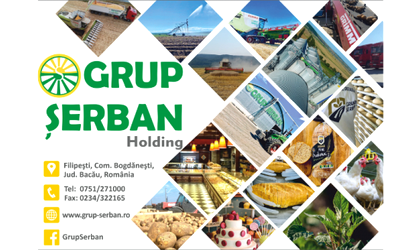 Grup Șerban Holding, a Romanian entrepreneurial company active in several fields in agriculture, announces the receiving of the approval for a project with European funds for Fabrica de Paine Șerban SRL, part of Grup Șerban Holding.

The eligible value of the project is 3 million euros, of which 1.2 million euros are non-reimbursable funds. The amount raised is part of the projects approved in the first session of the National Rural Development Program (PNDR) 2014-2020 with a transition period of 2021-2022, sub-measure 4.2 – “Processing and marketing of agricultural products.”

“Since 2005, Grup Șerban has constantly been applying for raising non-reimbursable funds to develop the group’s business lines. Farming vegetables and potatoes is one of the agricultural activities we excel at due to the high-quality products we grow using the best practices in the field. An example is the potato chips we deliver for Lay’s chips produced in Romania. With this new investment, we will increase the packaging capacity of vegetables from 1.5 tons per hour currently to 10 tons per hour, and the positive impact will be seen in the coming years in the increase in turnover and net profit,” stated Ovidiu Bucătaru, Chief Financial Officer of Șerban Holding Group.

The project “Construction of a unit for storage and conditioning of vegetables and potatoes,” for which Grup Șerban receives funding through PNDR 2014-2020, aims to build a 120 meters long warehouse with an opening of 24 meters. The warehouse will include a temperature-controlled storage room for picking up vegetables and potatoes to be sorted and packaged. The warehouse has a storage capacity of up to 2,000 tons in box pallets. 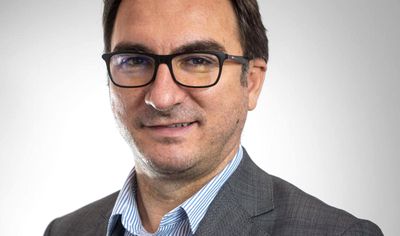 The project also includes installing a sorting and packing line for vegetables and potatoes with a packing capacity of up to 10 tons per hour. This line will consist of sorting, washing, and calibrating equipment, buffer bins for the goods to be packed, two scales and four packing machines, and an automatic palletizer will take over the palletizing part.

Grup Șerban has been accessing projects with financing through non-reimbursable funds for 17 years. The company accessed the first such project in 2005 through SAPARD, which had a value of 0.5 million euros. Following the implementation of the project, Grup Șerban has increased its production capacity from 80,000 heads/series to 360,000 heads/series, representing approximately 650-700 tons of meat/series.

After that moment, the company continued in this direction. In 2007, following the accession of another SAPARD project of 1.5 million euros, Grup Șerban increased its production capacity to 480,000 heads/series, representing about 900-500 tons of meat/series. Subsequently, Grup Șerban continued the investments with non-reimbursable financing. It made purchases of silos, state-of-the-art agricultural machinery, specialized trucks for transporting grain, and investments in animal welfare.

Currently, through the “Câmpurii Aurii” agricultural cooperative, which also includes the entities within Group Șerban, a project related to another measure in the program aimed at building three potato warehouses with a total storage capacity of 12,000 tons is submitted and under analysis with the relevant authority. For the coming years, Grup Șerban is considering other investments financed through European funds, such as the modernization of the poultry farm, projects focused on the use of renewable energy, and the development of a new bread production line for the pastry business line.

Grup Șerban Holding shares are listed on the AeRO market of the Bucharest Stock Exchange as of February 28, 2022, and are traded under the GSH symbol. Currently, the company has a market capitalization of over 338 million lei.