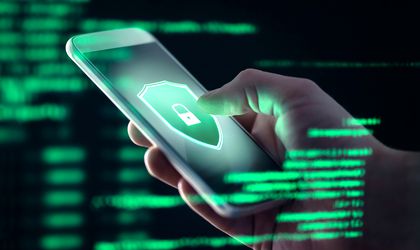 Fraud and economic crime rates remain at record highs, according to PwC’s bi-annual Global Economic Crime and Fraud Survey (GECS) 2020, with 47% of companies experiencing fraud in the last two years – the second highest reported level in 20 years. The amount of losses reported by respondents due to fraud amounts to USD 42 billion.

The main types of economic crimes reported in the last two years were customer fraud (35%), cybercrime (34%), asset misappropriation (31%) and bribery and corruption (30%). In fact, customer fraud increased the most, by six percentage points, from 29% two years ago.

“The high level of cybercrime is in line with technological developments. This year we could see a new record in fraud, given the increased activity and the increasingly elaborate fraud schemes of hackers / cybercriminals that take advantage of the global concern. The crisis caused by the COVID-19 pandemic dominates the attention, and organizations and the population become more vulnerable to other risks and all international organizations issue warnings that cases of various financial scams have multiplied, especially cybercrime and social fraud, and the amounts can be significant “, said Ana Sebov, Forensic Leader at PwC Romania.

Most industries have been targeted by cybercrime, with PwC respondents noting that these incidents have significantly affected companies’ activity. They have shown that customer fraud and cybercrime are the most disruptive to activity of all crime.

Globally, all regions experienced customer fraud in the last two years, with the Middle East (47% up from 36%) and North America (41% up from 32%) seeing the biggest increases.

Fraud strikes / can strike both inside and outside organizations, and in many cases there is complicity between external and internal fraudsters. According to the report, customers, hackers and suppliers are responsible for 39% of economic crime incidents reported in the last two years.

“Under various pressures, personal or professional, such as achieving certain results, employees can resort to bribery and corruption, creative accounting or other fraudulent acts that can harm companies financially and reputably. Anti-fraud controls help protect companies’ resources, reputation and security, but simply defining controls is not enough. It is important to verify the implementation and application of the defined controls”, comments Ana Sebov.

The report highlights the importance of prevention and how investing in the right skillset and technology can create an advantage. Nearly half of organisations responded to crime by implementing and enhancing controls and over 60% saying their organisations are beginning to use advanced technologies such as artificial intelligence and machine learning to combat fraud, corruption or other economic crimes.

Other conclusions of the report

PwC’s Global Economic Crime and Fraud bi-annual survey examines over 5000 responses from 99 countries.  The global edition of the report can be downloaded from here.