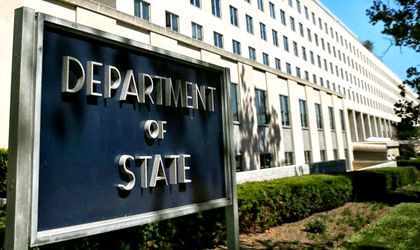 According to the document, although consultations with all parties involved and impact studies are necessary before a legislative act is adopted, this requirement has not been followed consistently and public entities generally don’t conduct detailed impact studies.

Romania has made significant efforts in its fight against corruption, according to the report, but this remains a big challenge. Furthermore, the inconsistent enforcement of current legislation, including provisions referring to the protection of intellectual property, represents another factor that discourages investments.

“Attracting and retaining new investments will require new progress in the transparency, stability and predictability of the process of economic decision-making, as well as a reduction of non-transparent bureaucratic procedures,” the State Department writes.

The report says that the Romanian investment environment offers a mixed image and potential investors should exercise due diligence before considering an investment. Even though the rate of economic reforms has slowed down, Romania remains a regional leader in efforts to combat corruption at medium and high levels.

“However, efforts made after January 2017 to undermine anti-corruption prosecutors in Romania and weaken the independence of justice have affected investors’ trust in the government’s commitment to fighting corruption,” the document reads.

The State Department report also says that the decision made by the Romanian government in January 2018 to transfer payment of social contributions from employer to employee has negatively affected all companies through extra administrative costs generated through the renegotiation and registration of new contracts. Furthermore, the sale of minority share packages owned by the government in several state companies in key sectors, such as energy production and exploitation, has stagnated after 2014. The government has weakened the implementation of the corporate governance code in state companies after exempting several state companies from following this code in December 2017.