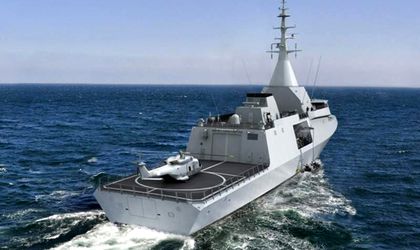 French defence company Naval Group has officially won the contract to build four navy corvettes for the Romanian Ministry of Defence following months of postponement of de decision. Naval Group has the best bid for this key-navy programme and will deliver four Gowind 2500 to the Romanian Navy within the next years.

For Romania, buying naval vessels is part of a larger NATO strategy to block a very real Russian naval buildup in the Black Sea.

But the Romanian Ministry of Defence did not officially announced the result of the tender but preferred to notify at the end of last year the prosecutors that some unreported irregularities have been detected during the procedure.

On Wednesday, the Defence minister Gabriel Les has finally announced the winner of the contract. 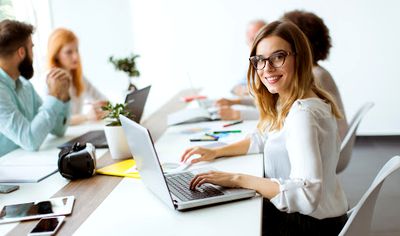 According to the minister, the delivery period of the orvettes is 7 years – in three years it is planned to be delivered the first corvette, the remaining three being delivered in the following 4 years. In the same contract, the two British frigates of the Romanian Navy will be upgraded.

In a recent article, the French economic newspaper La Tribune accused that the former ruling party leader Liviu Dragnea – the only man in Romania to decide at that time on government contracts -, wanted to offer the contract to Damen and pushed the Ministry of Defence to search a pretext to block the tender.

But Dragnea was convicted to 3.5 years in prison in May and disappeared from the top of the power in Romania.

This sudden power change has produced a shock within many government structures including the Ministry of Defence, where the state secretary for army’s endowment Andrei Ignat was dismissed.

Ignat was considered responsible for blocking the tender for the 4 navy corvettes.

The last official argument for postponing the decision was an appeal of the Italian group Fincantieri, but it was recently withdrawn.

The French group cooperates for the 4 corvettes with another major European group, MBDA, for missile equipment, and with a local shipyard in Contanta, where the corvettes will be built.

In January, La Tribune wrote that France is ready to sue the Romanian government as French top officials are exasperated by Bucharest’s will to deny to Naval Group the contract for 4 navy corvettes, despite the fact that the French group won the tender.

Delays in many programmes

A recent BR Analysis showed that most of major army programmes are now frozen as the government struggles to finance its soaring wage and pensions spending.

But the situation seemed to be changing during the last couple of years as a consequence of both the rising external threat, following the annexation of Crimea by Russia, and of NATO’s pressure on its members to increase defense spending.

The political consensus to increase military spending to 2 percent of GDP from 2017, from roughly 1.4 percent over the previous years, has had a rapid effect on army modernization plans.

However, planning doesn’t always translate into doing in Romania. In 2017, Romania spent almost 2 percent of GDP for its defense but in 2018 the total military spending was RON 17 billion – and this means only 1.8 percent of the GDP.

This underperformance of the military spending was mainly due to delayed or frozen modernization plans.

All these programmes are costly, and Bucharest has really begun to launch only a few projects. With virtually no defense against missile and naval threats along the Black Sea, Romania’s government has signed several important military contracts in 2017, notably for Patriot and HIMARS rocket systems and Piranha 5 military vehicles.