Fondul Proprietatea announced that it was considering appealing OUG 114/2018 at the European Court of Justice in order to stop its implementation due to the financial damages to companies, according to Johan Meyer, the Fund’s portfolio manager and the administrator of Franklin Templeton Investment Bucharest.

“Thanks to the changes announced late last week, there is the potential that the change thorugh which coal-based energy companies to be exempt from the 2 percent tax, which introduces additional discrimination for other energy companies on the market. This, as far as competition is concerned, can be regarded as state aid and it is one thing we will study and pursue, as well as the financial losses suffered by companies due to the imposition of OUG 114. The first objective would be to try to prevent the implementation of the OUG because of the financial damages it causes to companies. It can be argued that this is a clear violation of EU directives and there is a possibility that we may address the European Court of Justice. But since it would take months or even years, the main objective is to minimise the financial impact through other legal means,” says Johan Meyer.

He noted that the impact of OUG 114 on Hidroelectrica this year will not be significant, but it could be substantial in the coming years. For some companies, the impact could be neutral, for example for distributors.

“As far as the energy portfolio is concerned, Hidroelectrica clearly accounts for 40 percent of the net asset value of FP, the highest position in our portfolio, and a return to the regulated electricity market for 65 percent of the electricity production, has the potential to have a significant impact on the company’s financial position. It is only for a period of 3 years starting in March 2019 and until February 2022. For this year, the allocation is relatively low. It brings damage to the company and will have an impact not only on us as a shareholder, but will have a 4 to 5 times higher impact on the government, which owns 80 percent of the company’s shares in corporation tax and dividends,” says Meyer. 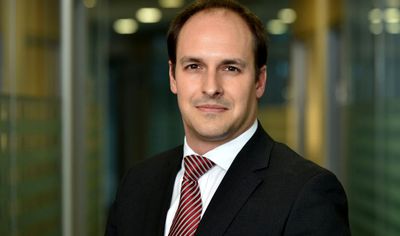 Fondul Proprietatea financial results for the first half of 2021