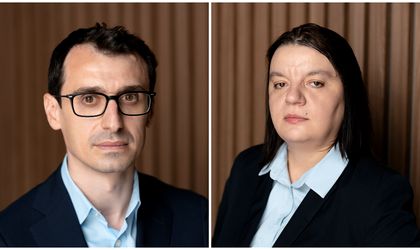 2021 was above everything a year of constancy and transition in the Covid-19 pandemic. The competition authority finalised part of the older investigations and launched a few new ones – either against certain economic agents, or with a view to explore the way certain business sectors or relevant markets are operating.

In 2022 we will most probably see older investigations being wrapped up at an accelerated pace and the launching of new investigations. Moreover, we anticipate that the focus will be on the investigation means that focus on the electronic tools. What’s more, the Competition Council is currently taking on more responsibilities, particularly in the digital and retail area. The authority remains a top institution and will continue to play an active role in terms of competition, especially using the sanctioning instruments that it has available.

Furthermore, in relation to merger control, we anticipate that the number of transactions will rise, and we hope that the authority will facilitate even more the analysis of these operations by reducing bureaucracy and the time for analysis to the minimum, especially in relation to those operations that do not pose competition problems.

Finally, in 2022 the Competition Council has the opportunity to focus as well on other policy instruments, apart from the sanctions, thus ensuring the stability of certain economic sectors (for example, an over-investigation and, implicitly, an over-sanctioning of the entities active on certain relevant markets may lead to negative economic effects for those markets, with consequences on competition itself and on end consumers). Moreover, the competition authority has shown that it is open to dialogue and increasing transparency will help the business environment even more.

After a very good year in terms of the sanctions applied (year 2020) due to a very high number of pending investigations being completed, 2021 was a year with a lower overall amount of the fines applied.

One contributing factor that will continue to be felt in 2022 is that during the first year of the pandemic the Competition Council (just like other competition authorities) did not initiate a very high number of new investigations.

Thus, we expect that a series of older, yet important investigations, postponed at the end of 2021, be completed in 2022 (it may be that the competition authority’s typical investigative activity might see a slight shift from finalizing most of its cases at the end of the year towards a temporization throughout the entire year). Additionally, we expect an increase in the number of new investigations relative to those of 2021, certain analyses carried out at CE level being taken over at local level, but there will also be investigations having a regional or national flavor.

We expect that the number of new investigations will rise significantly, probably more steeply starting with the 2nd quarter of the year, as a consequence of certain measures to relax the restrictions imposed by the sanitary rules.

Another phenomenon that should be considered is the rising number of claims and complaints, especially as a consequence of an increased number of commercial disputes generated by a unstable business environment (particularly due to the rising prices and tariffs, inflation, solvency and payment issues etc.).

In what concerns the new investigations and analyses, we anticipate that the key business areas that will be targeted will be especially the pharma sector, the public tenders covering development or major infrastructure projects, the financial sector, the construction materials sector and the technology, digital and IT areas. Moreover, certain pieces of legislation and economic measures will need to be scrutinized by the competition authority, which will present its own point of view on the matter (we anticipate a sustained activity around the measures meant to limit the impact of rising energy prices, of certain support measures for the business environment, as well as in relation to transposing certain European rules).

The sector inquiries have been and remain the most efficient way for the competition authority to gain knowledge of a given market. This mechanism, used quite often by the European Commission, has also been taken over at national level, with an upward trend in the number of sector inquiries. In 2022, the number of sector inquiries is expected to rise, the areas that are most likely to be targeted being the financial sector, the IT sector, the pharmaceutical market at all its levels and the new technologies and innovation segments.

In addition, the sectors with an impact on the population (electricity, natural gas, fuels, medicines and medical services, online trade, transport services) will be under the scrutiny of the authority, at least during the first part of the year.

The competition authority has gained a reputation as an authority that applies significant fines, and 2021 is no exception, even though the level of fines was lower than in 2020. However, it is very important to achieve the right balance between the level of the fines and the effects of the practices on the relevant markets. A significant increase in the percentage of the fines imposed on the investigated entities, especially if the allegations are less obvious or the probatory is unsatisfactory, is dangerous and irreversible and can seriously affect the markets where the sanctions are imposed (for example, certain entities will be unable to pay, others will stop major investments in order to be able to cope with the sanctions).

Moreover, the competition authority’s openness to alternative ways of settling the investigated cases without the application of fines (for example, by accepting commitments or measures) may bring stability or balance to certain segments of the economy (very often, the significant sanctions applied to certain companies were recovered by price increases which ultimately are borne by the final customer).

The year 2021 was intense in terms of economic concentrations, with more than 90 operations analysed. The number of the operations analysed by the Competition Council is expected to remain at a similar level or even increase in 2022, given that the mergers and acquisitions market is very active.

The competition authority demonstrated openness and willingness to engage in dialogue with the concerned parties and we hope that it will follow the same approach in 2022.

Although the number of dawn raids is difficult to estimate, it will certainly increase compared to 2021, being expected to remain the main method for the competition authority to collect information. We also anticipate certain changes in the way dawn raids are conducted, by maximising the use of the electronic means of control and investigation.

It is important to note that there are cases in which certain decisions of the authority have been annulled, and this phenomenon is turning into normality, and it will bring real benefits to competition analyses and more predictability in this area – the competition authority being required to dedicate more time to ensuring that the high standard of proof imposed in competition cases is met.

The upward trend in the number of court cases is expected to continue in 2022, especially if the evidence presented by the authority is unconvincing. It is expected that the Bucharest Court of Appeal will deliver certain key decisions reflecting the way the courts examine the method of establishing the amount of the fines by reference to the principle of proportionality, as well as an important analysis on the standard of proof by reference to certain decisions delivered by the authority a few years ago.

On its 25th anniversary in Romania, Nestlé launches the projects competition “Growing together”