Farmec: A successful Romanian story on excellence in cosmetics that crosses borders 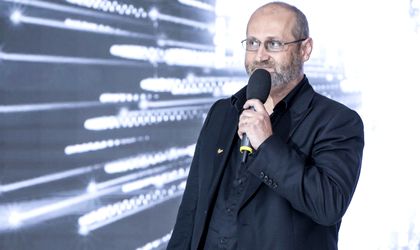 Mircea Turdean, the CEO of the biggest Romanian cosmetics manufacturer, talks about the story behind the Farmec company brand.

What is the story of Farmec?

From the beginning, Farmec set the goal to leave its footprint in the Romanian cosmetics production and to offer the most performant and qualitative products to customers. The first premiere that revolutionized the market at that time was in 1966, when the production of the Doina cleansing milk began and, for decades, it remained one of the most beloved skin products among Romanians.

1967 was a key point in Farmec’s story, as it was the year that Liviu Turdean took the leadership of the company and became CEO. With his arrival in the company, the implementation of a comprehensive company development plan was initiated: the rise of the Gerovital brand. Farmec was entrusted with the right to produce and distribute Gerovital H3 creams, after a discussion between the world-renowned Romanian Professor and Academic Doctor Ana Aslan, who created the world’s first anti-aging formula, and Liviu Turdean. In the autumn of 1968, the Cluj-Napoca-based cosmetics company became the first producer of Gerovital H3 skin care and lotions in Romania. Until then, the renowned anti-aging recipe was only available to a limited number of people, including personalities and international celebrities. The products were addressed to women over 40, when their skin showed the first signs of aging. Thereby, Farmec became the first company to grant access to this innovation, in the form of skin moisturizer and emulsion to all customers.

Today, Gerovital is one of the most valuable, powerful and solid Romanian brands, its prestige being recognized at worldwide level.

Year after year, Farmec harnessed all the opportunities for growth, ensuring that it maintained an ascending development path. For example, a new premiere was registered in 1969 when the sprays production was launched – the Triumph antiperspirant, Adam Shave Foam and Catifelin Hand Cream, followed by the Femina product range – deodorant, face cream, hand cream and hairspray and the BOB product range – shaving foam, aftershave and deodorant. Years after, in 1985-1990, several other deodorants were developed for this particular range.

One of the biggest achievements on the company’s business card was in 1970, when Farmec was the most up-to-date and biggest cosmetics company in South-Eastern Europe. That year, Farmec began the development of the skin-care production platform and the plan of investments and expansions led to an unique business model on the local market and not only.

By 1972, the laboratory had been expanded and modernized and it became known as the Farmec Factory of Cosmetics. Prior to 1989, Farmec’s production provided 90% of the local consumption needs of that period and, with the transition to a market economy, a new strategic plan was developed to ensure a steady solid growth in Farmec’s business.

Right after 1989, Farmec underwent the transition from a closed local economy to a market economy, facing, for the first time, a direct competition as well as distribution and marketing challenges.

Farmec tackled the aforementioned challenges by making use of its insightful skills and determination, embracing change altogether and considering it a catalyst for progress and evolution. Farmec’s business plan was managed by Liviu Turdean, who proposed the development of Farmec’s own distribution network, set to provide more strategic control of prices, in-depth market analysis and the development of efficient promotional campaigns. Another plan consisted in research and in upgrading the product ranges. In 1993, Mircea Turdean started working within the company and helped grow the company as a family.

In 1995, the main privatization method was MEBO. Farmec adopted this approach,  while maintaining a 100% Romanian capital. That method allowed any employee to become a shareholder of the company, as the first General Manager was elected by the General Shareholders’ Meeting – Liviu Turdean. This change represented another milestone for the company.

After 2000, the national distribution network was strengthened, new product ranges and single products were launched under the Gerovital, Farmec, Aslavital, Nufăr, Doina and Triumf brands and the development of modern Farmec sky rocketed.

The first international approach took place. In 2003, Farmec entered the United Arab Emirates market and it was the first country where Romanian cosmetic products arrived. It was a great success and a starting point for the international development of the company. In 2019, Farmec is present in 30 countries worldwide.

In 2008, Farmec got the rights of usage of the Gerovital brand. The success story of Gerovital is now 52 years old. Half a century in which the brand became known worldwide, placing Romania on the excellence in cosmetics map.

The first Gerovital store in Romania was opened in 2016 and since then, the brand’s network has grown steadily, with 26 stores in 2019, both Farmec and Gerovital stores, being the only Romanian cosmetics producer that has developed such a network.

Externally, apart from the 7 stores opened by partners of the company across Europe, Farmec products are present in over 30 countries on all continents, representing Romania at the highest level on the global arena.

In 2017, Farmec recorded a turnover of over EUR 45.8 mln and in 2018 a turnover of EUR 49.9 mln. In 2017, within the company, there were 760 employees, and in 2018 about 780 people, involved in all units and departments of the company: the technical and production sector (almost 200 people), the distribution network, the stores network, etc. Farmec is today a landmark for Romanian entrepreneurship and a successful model of the local business environment, by considering 3 major development pillars: asserting product quality, steady development of the portfolio as well as constant investments in innovation and modernization. With a production capacity of 27 million units, at least 100 products are launched every year on the market, be it completely new single product launched, new products in a certain range or line extensions and product upgrades.

At the same time, Farmec has been maintaining a balanced portfolio, which includes skin, hair and body care products, as well as make-up, oral hygiene, sunscreen, professional cosmetics, men’s products or home care solutions. In 2018, Farmec established an investment program of EUR 2.4 mln, aimed at modernizing the company’s laboratories and production lines. 2019 is also set to be a great year for Farmec, with the premiere of a new range for men, Gerovital Men. Opening new stores in a franchise system is another strategic move for Farmec’s business expansion. The company also outlines the franchising of brand stores to external collaborators. Once all the operating conditions of this system will have been established, the opening of the shops will follow. The franchise project should be defined in the subsequent period, on both local and global level. Internationally, Farmec plans to open new brand stores in collaboration with international partners, while continuing to research for new markets. Farmec is the biggest Romanian cosmetic producer and the only one in the top 5 international players on cosmetics and face care market.

Through values such as innovation, tradition, efficiency, passion, trust and quality, Farmec has been proving that Romanian companies can drive excellence in business and are capable of outstanding performance in cosmetics, in Romania and beyond.