EY Study: Only 48 pct of Romanian companies have a disruptive change agenda for the organization 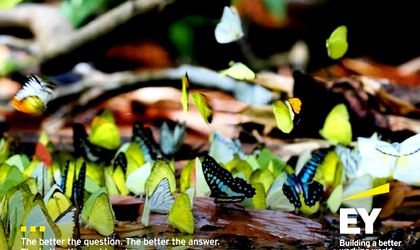 Most companies in Romania are focusing on exploiting the success of the current business model and are less attentive to market trends that may shake their position, according to the most recent EY survey conducted in Romania. The survey was based on an online questionnaire applied at the level of 310 organization leaders in Romania to measure how prepared the local companies are to meet the disruptive challenges. This is part of a wider demo of the EY-EYQ think tank.

Based on the applied questionnaire, EY distinguishes three levels of company preparation for the changes brought about by the Fourth Industrial Revolution. They are metaphorically associated with the three stages of a butterfly’s life: the caterpillar stage, the chrysalis stage, and a spectacular adult metamorphosis as a butterfly.

In the global EY study, the level of preparedness for disruptive change, as assessed by respondents, is somewhat divided between those who think they are very well trained or well trained and those who do not think they are trained or less trained. And in Romania, the answers are roughly balanced between the highly trained and the least trained, but the extremes are better represented.

In Romania, around 48% of respondents believe they are prepared to cope with disruptive changes. In fact, the level of readiness for change is much lower than that resulting from initial self-evaluation when considering specific initiatives of leadership, culture, innovation, and openness to what is going on outside.

“The world is changing rapidly, and new technologies have the potential to change the fundamentals of the industry. This reality means, first and foremost for companies, opportunities that are waiting to be frustrated. Successful companies of the future will be those that not only adopt new technologies but generate change themselves, “said Aurelia Costache, Partner of EY Romania, Business Support Leader. 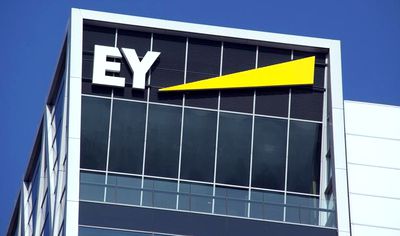 The disruptive forces with the greatest impact in the business sector of the companies were identified as:

The attributes of stimulating innovation through external collaborations and opening up to the outside have recorded some of the lowest percentages both globally and especially locally. Thus, both in Romania and globally, only 36% of companies identify and evaluate signs that may indicate trends at an early stage. 54% of respondents say they are developing employee incentive initiatives to think innovating, and in the case of only 18% of companies, employees can spend time to innovate.

Under the pressure to respond to the disruptive change in the economy, companies often get into a “theater of innovation”. This involves investing in high-visibility initiatives, but without making these efforts internalized into a business strategy that consistently supports the effort to innovate within the organization.

At this moment, the top Romanian companies are in the face of a choice: are they preparing for transformation, first as a chrysalis, then as a butterfly, or remain stuck in the caterpillar state? If they choose to stay as they are today, the position they will occupy in the market in the future will be questioned if the disruptive risks materialize.