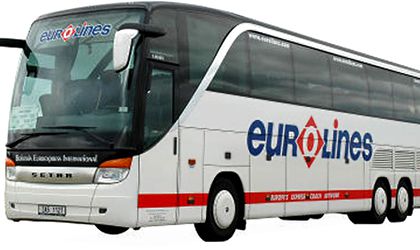 Romanian tourism group Eurolines, the largest in the country, owned by Dragos Anastasiu, will sell all its tourism operations to DER Touristik Group, part of the German REWE Group – touring, retail, business travel and incoming – currently carried out via three distinct companies (Touring Europabus, Danubius Travel and Nova Travel). The transaction, which was signed by the two groups in Romania and Germany and approved by the Competition Council, is due to be finalised in the fall.

Eurolines’ touring, retail, business and incoming activities will be transferred from Touring Europabus, Danubius Travel and Nova Travel to Travel Brands SA, currently owned by Eurolines. After this transfer, Travel Brands SA will be taken over by Exim Holding AS, based in Prague and part of the DER Touristik Group.

All employees and all offices will be kept and all current customers will still be served by the same collaborators, in the same locations as today. As has been the case so far, Travel Brands agencies will market both the DER Touristik Group products (Dertour, ITS, Meiers Weltreisen, Jahn Reisen, ITS, Billa Reisen, etc.), the products of 45 other German and Romanian tour operators, as well as airline coach tickets, retaining the character of a Travel Hypermarket.

The transaction price has been kept confidential by the parties.

DER Touristik chose the Eurolines Group based on its position as the leader of the Romanian tourism market, with 80 agencies under the brands TUI TravelCenter, TravelBrands and Eurolines, with an annual sales figure of about EUR 150 million.

DER Touristik Group is one of the largest travel companies in Europe. Headquartered in Germany, the Group owns 130 companies with over 10,500 employees in 15 countries, with a turnover of EUR 6.7 billion, generated by about 9.9 million tourists annually. In our country, DER Touristik has been present since 2004 through Dertour Romania.

“As part of one of the largest travel companies in the world, Travel Brands, employees and tourists will enjoy a wealth of synergies and benefits in the future. In order to have a wide range of competitive products for Romanian tourists, it is useful to be part of a large network that operates globally. At the same time, without major investments in technology and an online presence, tourism and the sale of tourist products will no longer be possible in the future,” explains Dragos Anastasiu, founder and chairman of the Eurolines Group.

For DER Touristik Group, the acquisition of the Romanian tourism market leader represents an important step in its international expansion.

“We will rely on the current management team in the future. The successful Romanian entrepreneur Dragos Anastasiu is handing over a well-established business, which is well-run and well-known for his excellent services,” says Soren Hartmann, CEO of DER Touristik Grup.

“I am convinced that in the future there will be significant increases of the tourism market in Eastern Europe in general and of the Romanian one in particular. With this acquisition, we are building the foundation for a strong future growth on the East European market, both in the touring area and in travel agencies,” adds Hartmann.

The Eurolines Romania group was founded by Dragos Anastasiu in 1995 and today it is made up of 20 companies. It has more than 650 employees and has the largest distribution network of tourist products in the country, 4 franchised agencies in Germany, a fleet of 15 coaches and about 800 cars.

Since 2011, the Group’s agency network has operated under the TUI TravelCenter brand franchise, and since 2017 the Eurolines Group has begun developing a second brand of travel agencies, TravelBrands.

In 2015, the Eurolines Group took over the Green Village complex in Sfantu Gheorghe, the Danube Delta, thus marking its debut in a new area of ​​tourism – hotel management.

The REWE Group is one of the market leaders in the retail and travel industry in Germany and Europe. In 2018, the company generated total external revenues of about EUR 61 billion. Founded in 1927, REWE Group now has over 360,000 employees and 10,000 stores in 22 European countries.

DER Touristik Group is one of the leaders in the tourism industry in Germany. It has over 130 headquarters in Cologne and generated a total revenue of 6.7 million euros in 2018. It has a team of 10,500 people in 15 European countries.

Each year, 9.9 million tourists choose the holidays organized by one of the group’s tour operators and specialists: Dertour and STIs in Germany; Kuoni & Helvetic Tours; Exim Tours and Kartago Tours in Eastern Europe; Apollo in Scandinavia; as well as Kuoni in the UK and France.