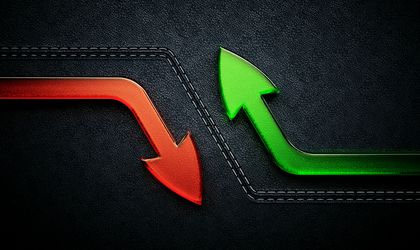 After the enthusiasm around tech financing during the first few months of 2022, the last two quarters have been defined by caution. Over half of all investors have either postponed their planned investments or stopped them altogether.

Romanian venture funding for the third and fourth quarters of 2022 continues to decline, gliding to its lowest level in nearly four years as early-stage investment shows clear signs of prudence.

We find that only two or three tech startups managed to attract funding of over 1 million euros in the second part of the year. In contrast, in Q1 and Q2 2021, more than ten tech companies raised funding of 1-2 million euros. Yarooms is one of the Romanian IT startups that managed to get significant financing, raising EUR 2 million. The SaaS (software-as-a-service) startup creates office work management software and offers solutions for office and meeting room booking, hybrid work planning, and digital signage. The investment round was led by GapMinder and also had the participation of SeedBlink.

“Macroeconomic events, the outbreak of the war in Ukraine, inflation, and rising energy prices have influenced the general sentiment among investors. The figures for the third and fourth quarters of 2022 reflect the reality of the entire tech ecosystem. Tech solutions are attracting interest and there is an appetite from the market and investors because they are at the heart of the development of all economic sectors today. The third quarter shows a return on investment intention, but not at the same level as in the first quarter of 2022. A possible cause of these developments may be the decrease in the number of new startups entering the Minimum Viable Product stage. A relative decline in seed rounds can also be observed, alongside an increase in the number of series A rounds,” says Malin-Iulian Stefanescu, President of TechAngels.

This downward trend for Romanian venture funding in the past quarter falls in line with global and European trends. For example, early-stage funding declined by more than 40 percent quarter over quarter and year over year, according to Crunchbase. This signals that European venture capital firms have scaled back their investment pace due to the global economic downturn. The most noteworthy change in European venture in the third quarter was seen in early-stage funding, which sank below USD 5 billion for the first time since the start of 2021.

Another venture that stood out was OxidO, a deep-tech company in the automotive industry, which finalised its first round of seed investments totalling EUR 1.2 million.

At a lower level, there have been several startups that have raised hundreds of thousands of euros in the last two quarters. While 2021 saw more than 20 startups announcing investments of this size, their number decreased considerably this year. For example, Footprints For Retail, a Romanian startup that operates a media retail platform, has secured EUR 275,000 from eight investors and seeks to attract another EUR 225,000 from an investment fund.

Parol, a Romanian end-to-end technology startup that helps doctors and medical clinics provide better patient care, has secured EUR 450,000 in funding in an investment round led by The Mavers Ventures and three other angel investors (ex-UiPath). Meanwhile, local startup ialoc, which developed a platform for reservations and quick payments at the table for the food service industry, has reached total investments of EUR 800,000 after recently announcing that it had raised EUR 500,000 from MaxyGo Invest Holding.