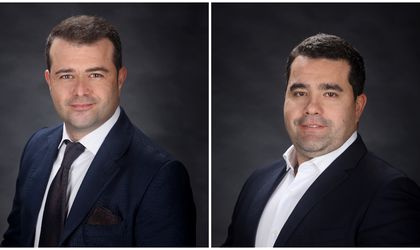 EMS Floor Group, the largest resin-based flooring company, headquartered in Romania, estimates for the current year a turnover of 11.4 million euro, up by 22% as compared to 2019, an advance generated by the projects it performs on the five European markets in which it operates – Romania, Belgium, Luxembourg, France and Hungary.

Set up in 2010 by brothers Claudiu and Marius Baciu, EMS Floor Group, an entrepreneurial company with fully Romanian capital, also aims to become “the most wanted employer” in the industry in the European Union by 2025 and to surpass a 20-million-euro turnover threshold.

With an initial investment based exclusively on own savings, after several years of working abroad, Claudiu and Marius Baciu set up the flooring company called 4M Pardoseli, which they rebranded in 2015 as European Multisolutions Systems Group (EMS Floor Group). In the markets in which it is present, the group operates with three divisions specialized in flooring, waterproofing and floor reconditioning: EMS Floor Systems, EMS Hydro Systems and EMS Polishing.

“EMS Floor Group came up from the will to help the people around us and to contribute to their prosperity. The company’s plan has been outlined ever since adolescence, but we laid the foundations of the company only after we learned “how to do it” and gathered the necessary capital for the first year of activity. We also shared our roles: Claudiu took on the responsibility of learning how to do business, negotiate and sell, while Marius went to work abroad and identify the market where we were going to start the business “, the founders of the early EMS Floor Group explained.

EMS implements flooring systems for a wide variety of spaces in different sectors: food industry, automotive industry, parking, pharmaceutical factories, production, retail, commercial spaces, office buildings, medical clinics, schools, sports fields, hospitals and even prisons. The company works with all known professional application systems in Europe, which confers it flexibility and adaptability for any type of project, at any level of complexity.

“By working side by side with applicators, I understood that in a company like ours, the most important asset is represented by people, that’s why our main concern is investing in their professional development. We have 140 employees working simultaneously in the five countries where we operate. We constantly invest in our teams, this is what we have always done, and the degree of staff retention is of 97%. Annually, 50% of the total investments of the company is represented by the training and improvement of the staff “, declared Claudiu Baciu, co-founder of EMS Floor Group.

Three quarters of the EMS Floor Group team is represented by the execution staff (80 applicators – n.n.), coming from Cluj and Alba counties, but also from other areas of Romania.

Although it is a company set up in Romania, with fully private Romanian equity, EMS Floor Group generates significant revenues from international contracts. Every year, the company recorded increases in all markets in which it operates, including Romania. According to the founders, for the local market, this year’s turnover estimates take into account an increase of 30%, namely a dynamic above the group average. In Romania, the projects are mainly private, and the beneficiaries are companies from the automotive components industry, industrial and food production.

The first and largest project carried out by EMS Floor Group in Romania was, in fact, the underground parking at Piata Universitatii in Bucharest, a project completed in 2012, and the first international project achieved was for a giant pharma, in Hungary. Other important projects carried out in Romania were for the battery factory in Bistrita or for COSM FAN, a company in the agri-food sector. Abroad, large-scale projects include the floor system for the largest prison in Belgium and the floor system for retailer Auchan in Luxembourg.

Currently, the EMS Hydro Systems division is involved, in Romania, in one of the most important road infrastructure projects – the A10 highway – which interconnects the A1 and A3 highways, connecting the cities of Sebeș, Alba Iulia, Teiuș, Aiud and Turda. The company performs the waterproofing of bridges.

In the first half of the year, the blockade generated by the pandemic was a real stepping stone, as the two founders had to quickly rethink their business strategy and take into account a smaller increase in turnover.

“Initially, our growth estimates were higher, but due to the pandemic, we believe that this year some projects will move more slowly, so we estimate a 22% increase in consolidated turnover. We notice in some areas a decrease in the appetite for investments, and here I refer to malls or real estate complexes. Abroad, now the emphasis is on public works – parking, schools, hospitals“, Claudiu Baciu explained.

In the same context, Marius Baciu, co-founder of EMS Floor Group, added that “the construction sites were working at full capacity in the past months of 2020 and because the countries were closed, we had to find solutions to bring all the teams back to the country, in record time”. According to him, during the lockdown period, the company continued its activity on the construction sites in Romania, where they had ongoing projects in the agri-food and pharmaceutical industry.

In 2020, in addition to the pre-established investments – logistics and personnel, the company aims to start the construction of its new headquarters in Romania, in Turda, an investment estimated at 2 million euro, representing own funds, bank financing, funds attracted through the SME Invest programme but also European funds.

In the medium term, starting from the potential of the markets in which it operates, the founders of EMS Floor Group set out to become the preferred employer in the industry in which they operate.

“We already are the company with the greatest capacity to allocate our own workforce on projects, which means that we can simultaneously accomplish large-scale projects, because our teams are highly specialized and can deliver projects to European standards. We aim to consolidate this advantage, to develop our teams of applicators and to be able to accomplish more and more projects“, Marius Baciu said.