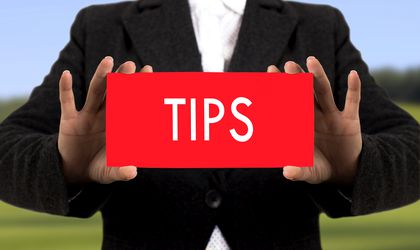 The Romanian Hospitality Employers’ Association (HORA) has proposed an amendment to the legislation regarding incomes obtained from tips, claiming that the tip should be highlighted separately in the bill, but not subject to the VAT rate, said Dragos Petrescu, president of HORA.

“The tip should not be subject to VAT, because it is not assimilated to a supply of goods or a service, and as a result, the tips that customer offers are distributed to the employees by the management of the economic operator,” said Petrescu.

According to him, tips should be considered income from other sources and taxed at the source by applying the 10 percent rate.

“The economic operator will highlight in their bookkeeping the operations of collecting tip sums and distributing them to the employees. The waiter should be required to declare the tip at the end of the year as income, and be taxed on it with 10 percent, to be declared only one side and not enter under the responsibility of operators,” says HORA’s proposal.

Petrescu pointed out that in Romania, tip culture is not yet implemented strongly enough to become compulsory, like in other countries. 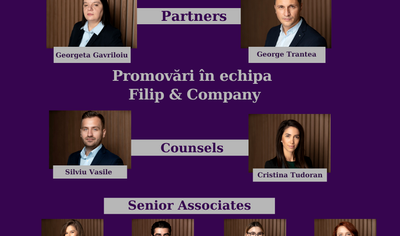 HORA data show that tip registration differs around the world from one country to another. There are countries where the tip is placed on the bill, but it is also convenient to leave more cash: Italy, Switzerland, Colombia, Egypt, Bolivia; there are also countries where the tip is included in the bill and no extras are expected: Argentina, France, Brazil. In other countries, customers leave between 10 percent and 20 percent of the bill, such as Germany, Great Britain, Czech Republic, Croatia, Canada, Turkey, Greece, Russia, USA. Countries that do not do tips are Finland, Denmark, Japan, New Zealand, China.

In the European Union, the approach is not unitary. Some countries, such as Spain, Bulgaria or Hungary, have no legislation in this area. In France, the tip is included on the receipt and the amounts are distributed to the employees. Those are considered employee earnings and the tax is charged to the employer.

In other countries, such as Germany, Italy or the Czech Republic, these amounts are included either in the price of the products or in a separate line on the receipt as a service charge ranging between 10 percent and 15 percent of the bill. Amounts are company revenue and are distributed to employees and thus taxed as such.

In the US, some states have even passed laws to ban the tip. The newest regulations, proposed by the Trump Administration in 2017, stipulate that the tip should go back to the employer, and they decides how to split it between serving and kitchen staff, but they can also keep it.