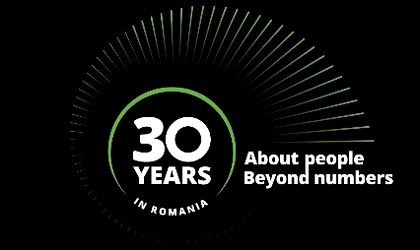 “About people. Beyond numbers” – this is the theme of the campaign developed by the Deloitte Romania marketing team together with WOPA communication group, to mark the 30th anniversary in our country of the largest and oldest professional services organization in the world.

The campaign was launched in the first part of the year, on March 23, 2022, it continues until the end of this year and it is addressed to the business community – clients, collaborators, partners, business associations -, the public institutions, the employees and the Deloitte Alumni community.

From five employees who worked in an apartment for three clients, in 1992, Deloitte Romania today reaches approximately 3,000 professionals in all its nine entities present in our country. Throughout these three decades, its experts have contributed to the success of hundreds of transactions – including more than half of the transactions of over 1 billion euros -, to the definition of the national strategy in areas such as the programming of the European funds and the energy transition, to national fiscality reform, the introduction of new financial reporting, auditing and evaluation standards, business structuring and reorganization processes, both in periods of growth and in periods of crisis, the transition of companies towards digitalization and sustainability, as well as to the elaboration of legislation and public policies through voluntary contribution to the activity of business associations.

The foundation of all the performances are, however, the people and the trust relationships developed throughout this period with the clients, collaborators, partners and employees of the company. Thus, the theme of the company 30th anniversary campaign is “About people. Beyond numbers”. 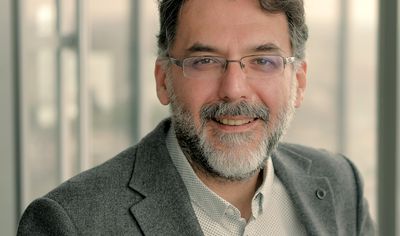 Read more about
How can companies mitigate fraudulent transactions in the current inflationary context?
read more

“We started this project from a research among our colleagues and clients, related to how they define Deloitte and our 30-year history. The conclusion was that, although numbers are the ubiquitous element in our professional lives, the thorough human relationships, based on trust, that we build every day both with our clients and with each other represent our differentiator in the landscape of professional services. Thus, we defined the anniversary concept on which we developed, together with WOPA communication group, the campaign creative idea”, says Ruxandra Bandila, Marketing and Business Development Director, Deloitte Romania.

Developed by WOPA communication group and Deloitte Romania marketing team, the “About people. “Beyond numbers”  anniversary campaign translates the key messages into elements such as the anniversary visual identity – logo, key visual -, video-manifesto, dedicated page on the Deloitte Romania website, video series of interviews with employees on central themes of the anniversary project, electronic signature and screen saver for employees. The communication channels used in the campaign include mass – media, social media, events dedicated to clients and employees, as well as internal communication channels. Also, all the special editorial projects and Deloitte events this year are developed under the anniversary umbrella.

“Deloitte Romania stands out for its people – centered approach and the relationships between them, the key elements for the success of a business project. The people and the approach always make the difference between a cold business relationship and one in which the expert becomes a reliable partner. This aspect inspired us in the creative process for this campaign through which we wanted to show how Deloitte, for 30 years, has been using numbers not to explain, but to build together with its clients. We chose to tell the story of Deloitte through the metaphor of the Fibonacci spiral, which reveals the beauty beyond numbers and which, through its shape, indicates the idea of ​​continuous development and natural balance, through the connection of its elements,” says Andra Tivichi, Group Account Director, WOPA.