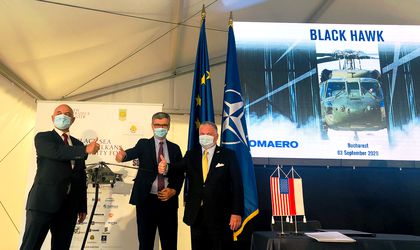 A new Maintenance Repair and Overhaul (MRO) facility for civil and military Black Hawk helicopters is set to be created in Romania, further contributing to the country’s aerospace industry and providing an economic boost to the region under a Memorandum of Understanding (MoU) signed in Bucharest today.

Building on an agreement signed between Sikorsky, a Lockheed Martin company, and Romaero in March 2018, the new MoU retains the original’s commitment to provide highly skilled jobs, technology based educational programmes, research and development opportunities and benefits to wider Romanian industry. It could also lead to completion, customisation and upgrades of Black Hawk helicopters operating in Romania and, later, in Central and Eastern Europe.

Black Hawk manufacturer PZL Mielec, a Lockheed Martin company and one of Poland’s leading aerospace manufacturers, will work with Romaero to develop plans for the new MRO facility to be established in Bucharest. It will form the backbone of operations for Romaero to sustain any future fleets of multi-role Black Hawk helicopters acquired by the Romanian government and other customers for civil and military missions.

„With our Polish built Black Hawk helicopter, Romania will have the perfect solution for the Ministry of Internal Affairs and future rotary wing requirements,” said Janusz Zakręcki, president and general director of PZL Mielec, a Lockheed Martin company. „In Romaero, we have a perfect company with the MRO experience and infrastructure needed to support Sikorsky Black Hawk helicopters should the Romanian government choose this proven aircraft built by a regional ally within the European Union.”

“Romaero is honored to collaborate with PZL Mielec as Romania looks to strengthen its civil and military interoperability within the European Union and on the Eastern flank of NATO. Our 100-year experience in aeronautics and ties with other Romanian aeronautical companies can bring together the national skilled aerospace labor force, educational infrastructure and available facilities that will provide a great re-start of the Romanian helicopter industry as a whole,” said Vasile Boicu, Romaero’s general director. 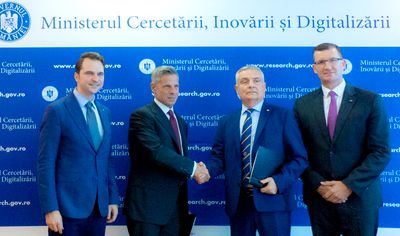 PZL Mielec will offer the Romanian Ministry of Internal Affairs an initial delivery of 12 multi-role Black Hawk helicopters as part of the Romanian government’s multi-purpose medium/heavy maritime and land helicopter programme. The 12 aircraft will be manufactured in Poland, where PZL has produced helicopters for 17 international customers since 2010.

The Sikorsky Black Hawk helicopter is the only multi-role aircraft offered to Romania that is built in Europe to a military design. Its military pedigree provides improved reliability, the versatility to adapt quickly for different missions, and ease of maintenance even when operating away from base with a limited infrastructure. These characteristics are essential for military operations, including battle support and special forces operations, and for civil roles such as police, medical, firefightingy, search and rescue, as well as utility transport needs.

Headquartered in Bethesda, Maryland, Lockheed Martin is a global security and aerospace company that employs approximately 110,000 people worldwide and is principally engaged in the research, design, development, manufacture, integration and sustainment of advanced technology systems, products and services.

Romaero is the leading aerospace and defense, state-owned, enterprise in Romania. The company specializes in both military and commercial aircraft maintenance and repair services, as well as industrial manufacturing of aircraft assemblies, subassemblies, and components. With a century-long experience in the industry, over 900 highly qualified employees, and significant growth potential, ROMAERO has the capabilities needed to successfully participate in large-scale A&D programs, both nationally and globally.