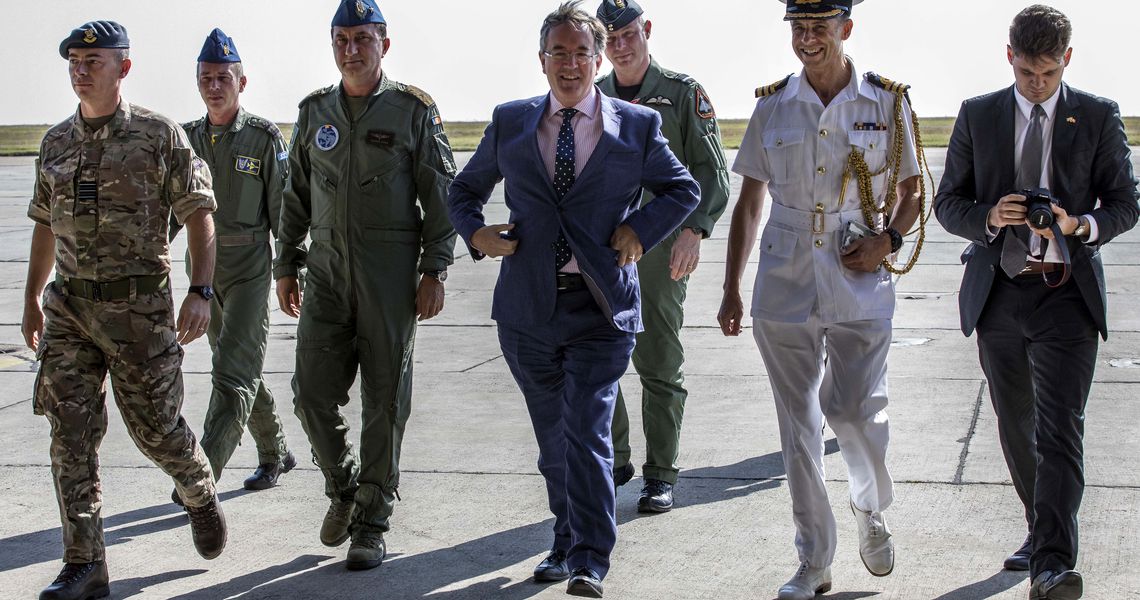 The British Royal Air Force have handed responsibility for the NATO Enhanced Air Policing mission to the Royal Canadian Air Force, which has deployed five CF-18 Hornets planes to Romania.

At a ceremony at Mihail Kogalniceanu Air Base in Southern Romania today, 135 Expeditionary Air Wing handed over responsibility for the NATO mission to the Canadians whose Hornet fighter jets will replace RAF Typhoons.

Among the several VIPs present at the ceremony was the British Ambassador, Mr Andrew Noble, who said:

“Today marks the conclusion of the second year in which RAF Typhoons have helped to defend and secure the skies of this important Black Sea flank of the NATO Alliance. This mission is in response to Russia’s use of military force against its neighbours and its military build-up in the region. In contrast, NATO’s aim is to contribute to European defence and security by preventing conflict, protecting our allies and preserving the peace.”

Commanding 135 EAW throughout the mission was Wing Commander Chris Ball who said:

“Today my team’s role in NATO Air Policing draws to a close, for now, and it is a great honour to handover to the Royal Canadian Air Force as they also prepare to make their contribution to our collective defence in this region for the second year. I know they will do a fantastic job and we are, of course, both working hand-in-hand with the Romanian Air Force who never stop providing defence in this region.”

Describing his relationship with NATO, Wg Cdr Ball added:  “I am fortunate to have worked in NATO for several years, and so I can say with confidence that this is a forward thinking, strong alliance, that remains defensive in nature.”