COVID-19. The economic measures for Romania represent only 2% of GDP. Business people: It is not enough! 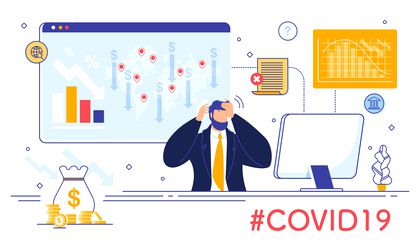 The economic measures announced by the Romanian represent only 2% of GDP, but the business environment demands for more: aid-intervention up to 15% of GDP.

The measures announced by the Romanian government so far to stimulate the economy in the context of COVID-19 outbreak allocate only 2% of GDP, which represents a huge difference compared to countries such as the Czech Republic – which is struggling 18% of GDP – according to data aggregated by the International Monetary Fund (IMF) for 190 countries.

With 2% of GDP mobilised in this crisis, Romania ranks 53rd in the world as a percentage of GDP allocated, next to countries such as Bulgaria, Georgia or Tunisia.

At the region level, Poland has proposed 6.2% of GDP so far, while the Czech Republic is implementing measures representing 18% of GDP – ranking third in the world.

The data suggests that poorer countries will have an urgent need for international help, as most richer countries already have robust efforts in place. Among nations with a fiscal plan in place and  GDP-per-capita of $10,000 or more, 45 out of 55 of them have fiscal spending plans of 1% of GDP or more including grants and loans, according to IMF data compiled by Quartz.

The Romanian Entrepreneurs and Investors: Romanian economy needs aid-intervention up to 15% of GDP

At the current level of the nominal GDP of Romania and the estimated impact, the state intervention in the economy should be substantial, the proposal of the Romanian entrepreneurs being up to 15% of the GDP – about € 30 billion. “A simple calculation shows that, if the Romanian economy were affected by 50% per month, in the next 3 months, then by 20% per month, for another three months, the total impact on this year’s GDP would be of over 15%”.

These figures are valid in a scenario that, at present, no longer seems the basic scenario, but an optimistic scenario – the basic estimation becomes, as the day goes by, one in which the global economy would enter a longer recession, with a new peak of the crisis in the fall, instead of seeing the signs of economic recovery in Q4 – but even on this optimistic scenario, governments must take economic measures of a magnitude similar to the impact of the crisis.

As several countries have announced economic measures that are already double-digit of the annual GDP of those countries, and the Romanian Government should prepare measures related to this level of up to 15% of GDP, as a direct support of the state, so by cash injections and forms of guaranteeing the credit of the economy, including for the affected households / persons, as well as the significant increase of the public investments – above the initial budgeted level for 2020.

“These investments can help to restart the economy and create jobs, both in the large infrastructure area, where Romania is still deficient anyway, and in the direction of digitising the public system, continuing to de-democraticise and develop e-government projects, not only through measures such as delaying the payment of taxes or rates for natural and legal persons, which can help temporarily, but are palliative measures and will not prevent the collapse of many companies, while at the same time not representing a material support from the Romanian state, taking into account the the magnitude of the estimated economic shock”, said a group of dozens of founders in a public letter sent to authorities.

According to business people (Romanian Business Leaders, CNPIMMR, AHK, NRCC, FIHR, ANAT, HORA ), solidarity is needed in this period between the public and private sector. According the them, there is a risk that this crisis will become an additional proof of the fact that the state does not assume the necessary responsibility towards both the private employees and the state employees. “Reducing the expenses of the state apparatus must become a priority in order to overcome the crisis. While in the private environment we have seen since the first weeks of the crisis over one million suspended work contracts, with a possible increase to 2 million in the coming weeks, plus hundreds of thousands of contracts with low wages due to the crisis, the employees in the crisis the state environment has not been affected in any way by the CoViD19 crisis, from the point of view of revenues, until now.”