However, Coface specialists say that the macroeconomic evolution is not sustainable due to imbalances such as: the 81 percent year-on-year growth of the fiscal deficit by 81 percent in H1, the highest annual inflation in the EU (4.1 percent), the increase of the trade deficit and depreciation of the national currency. Moreover, Coface’s analysis shows that the decline of insolvencies is offset by the increase of the number of radiated companies, the payment delays increase significantly and the large companies are facing a challenging economic environment. 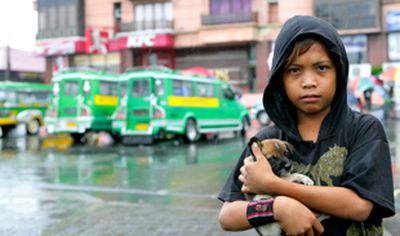 According to the preliminary data published by the Insolvency Proceedings Bulletin and on the basis of Coface’s methodology, 3,058 new insolvency procedures were initiated during the first half of 2019, a 33 percent decrease percent compared to the same period of the previous year, when 4,562 insolvency procedures were initiated. However, at the same time, companies that went insolvent during the analyzed period generated the smallest financial losses of the last decade, due to the decrease in the number of large companies who entered into payment default.

As for the number of large companies (turnover exceeding EUR 0.5 billion) going insolvent, a decrease of almost 40 percent was recorded, with only 174 insolvencies, the lowest level of the last decade. Nevertheless, investments drop, the inventory turnover time increases, debt collection duration remains at a fast pace and profits are reinvested in order to lower indebtedness – these are the challenging issues companies face.

According to Coface’s analysis, the first 3 sectors recording the highest number of insolvent companies are wholesale and distribution (480), construction sector (438), and retail (387).

Analyzing the number of insolvency cases in relation to the total number of active companies in the relevant sector, Coface’s analysis identifies the following activity sectors as the top 3 with the highest values for this indicator (in relation to 1,000 active companies): real estate transactions sector, wholesale and distribution and transportation sector.

“The business environment in Romania is in a paradoxical situation where, despite some years of extremely dynamic economic growth, it fails to convey sufficient opportunities due to current challenges and external or local uncertainties, the latter significantly acting at the beginning of this year. The number of active companies has not increased over the last 10 years, and overall companies are more indebted and have higher liquidity pressures. If we look at the peak of the economy, the evolution of the largest 1,000 companies active in Romania (concentrating half of the revenues of all companies) during 2018 reflects major challenges in their development: the decrease in the gross margin (aggressive competition), the decrease of the operational profit costs increase more rapidly than revenues; the pressure on wage costs is to be mentioned) and the deterioration of competitiveness (assets are used for a longer period),” states Eugen Anicescu, Coface Romania Country Manager.

Thus, of the total 3,058 insolvent companies during the first half of this year, 1,529 companies filed financial statements for the activity carried out during 2018. The results of Coface’s analysis confirm the fact that one of the main causes that fueled the risk of going insolvent was the decrease in liquid assets, which was offset by extending the supplier’s credit.

You can find more information on the risks and challenges the companies active on the Romanian market face, the reasons for insolvency and the future behavior recommended to these companies from the enclosed Coface’s Survey on the insolvencies status in Romania – H1 2019.