Cluj the boss? Western town squares off against capital 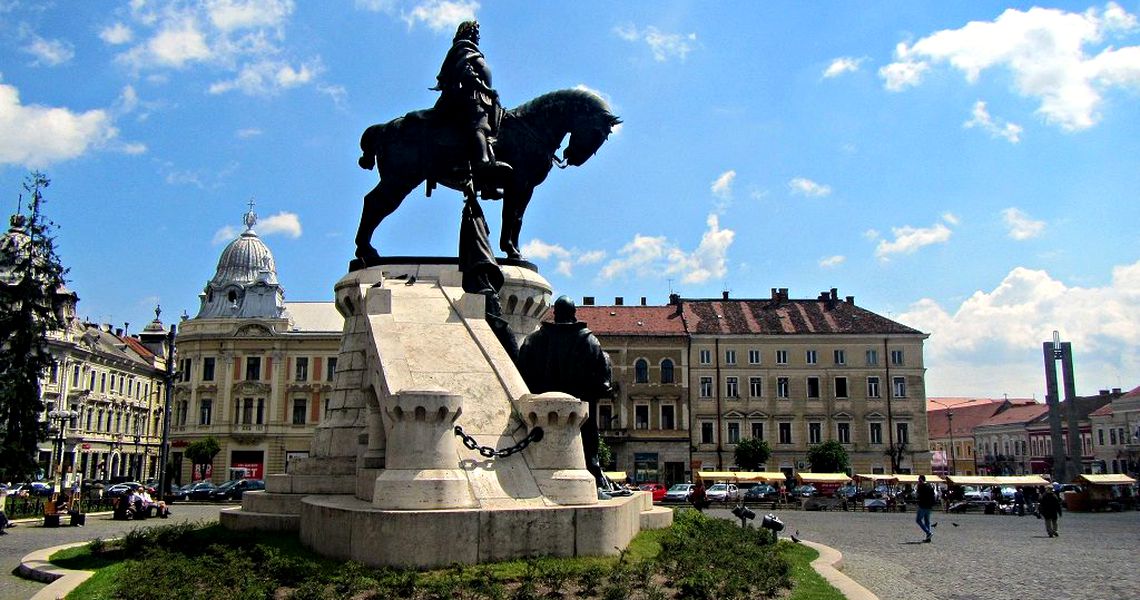 Cluj-Napoca has been flexing its muscle in recent years, attracting a growing share of business. In response, EY has carried out a comparative analysis of the Transylvanian town and the capital, Bucharest.

Analysis by professional services firm EY aims to identify the main differences and development rates of Bucharest’s and Cluj-Napoca’s demographics, education, economics, culture and tourism, to inform both residents and those considering starting a business in one of the towns.

Bucharest has the largest number of inhabitants, and is the most important industrial and commercial center in the country. According to Oxford Economics, in 2017 it was one of the EU’s best-performing cities, with higher economic growth than the European average. This is largely due to the service sector, which is increasingly important for the capital, with a 23 percent share of GDP in 2017.

Cluj-Napoca, however, came 29th in a ranking that measures the quality of life in 72 cities in Europe, 26 places higher than Bucharest. Cluj also scores better than the capital for safety, medical facilities, transport services and traffic management, according to Numbeo center data. The cost of rent in relation to income is a problem in the Transylvanian city, almost two points higher than in Bucharest (12.6 versus 11).

The data analyzed for the two towns confirm Cluj as the capital’s main competitor with its high standards of living, management of the labor force through the low unemployment rate, increase in the number of employees, and implicitly in the number of inhabitants and tourists, developing a strategy to stimulate the economy through partnerships with local universities based on innovation, technology, research, and IT.

However, a shrinking population will hinder the economic development of the capital, with Bucharest’ GDP growth slowing to 2.3 percent over the next five years, versus 7.2 percent in 2017, according to Oxford Economics estimates. The capital’s active population has fallen by about 3 percent in the last few years, and it is expected to post the same rate of decline for the next five years, which will have repercussions on job creation in the city.

“Given that the tax system in Romania is unitary, the authorities’ level of taxation is very limited, and the competition for attracting investments takes place in sectors other than taxation. It is therefore possible that a better geographical location (proximity to the country’s western border) and local infrastructure policies are decisive factors leading to the spectacular growth of Cluj compared to Bucharest. In addition, the evolution of other major cities in Romania, Timisoara and Iasi, is already eye-catching, while Oradea and Alba Iulia are also very strong,” says Gabriel Sincu, associate partner in the department of tax and legal assistance at EY Romania.

Last but not least, the comparison between Bucharest and Cluj-Napoca brings forward information relevant to the economic environment, both for those who are thinking of opening a business on their own or perhaps choosing a place to develop a career. Business Review highlights some of the conclusions of the research carried out by EY Romania based on the latest data from the National Institute of Statistics (INS) and the National Trade Register Office (ONRC). Population growth is at a more stable pace in Cluj than in Bucharest. The capital’s population has fallen over the last five years analyzed (2013-2017) by approximately 55,000 inhabitants (0.7 percent). However, the number of inhabitants in Cluj-Napoca increased by about 2 percent during this period.

Bucharest imports human capital by attracting the largest number of immigrants compared to other cities, while Cluj records a small loss in this field. The increase in the Cluj population in the last five years is based mainly on natural growth. By comparison, the negative natural increase registered in Bucharest has shrunk its population. Both cities have a steady flow of students, but Bucharest, with more than 30 universities, has the most graduates with the potential to join the labor market. In the five years covered, the local unemployment rate was higher in Bucharest, keeping steady throughout the analyzed period (1.3 in 2017), compared to Cluj-Napoca (0.7 in 2017). The highest rents are in Cluj-Napoca – about 3 percent higher than in Bucharest. Also in Cluj, a square meter of residential property on the outskirts of the city costs up to 20 percent more. But Bucharest is more expensive for utilities (water, electricity, 3 percent) and dining out in restaurants (20 percent).

Despite having six times more homes than in Cluj (850,000 versus 142,000) due to its larger size, the capital does worse in terms of living space. Houses in Bucharest are on average about 4 sqm smaller. And when it comes to green space, the citizens of Cluj enjoy more of it, with 4 sqm extra per capita (21.4 sqm in Bucharest versus 25.3 sqm in Cluj-Napoca). The largest increase in the registration of new firms and sole traders in 2017 took place in Cluj county, up by 50 percent over 2016 (5,674 versus 8,532). Although the rise is higher in Cluj (50 percent versus 23 percent), 70 percent more companies were set up in absolute values in Bucharest.

Similarly, although it leads a detached country in terms of number of tourists, the capital remains behind Cluj in increasing their number from one year to another (relative growth in Bucharest was 23 percent versus 50 percent in Cluj). However, the capital is more attractive from a cultural point of view and has many more attractions to visit.