Central bank director: Romania is in an “extremely difficult situation”, can’t hold on for another year and a half 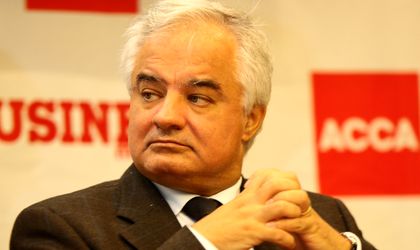 Romania is in an “extremely difficult situation” both politically and economically and cannot hold on for another year and a half, until the parliamentary elections, Eugen Radulescu, a director within the National Bank of Romania (BNR), warned on Wednesday.

“We are in an extremely difficult situation, politically and economically. I don’t think we have the resources to hold on for another year and a half, until a new government, resulted from term elections, can begin to repair what is now badly broken,” Radulescu wrote on a Facebook group.

He described the current policies of the PSD government as “toxic” and appealed the political parties to form a new ruling coalition and a new government “made up of truly competent people.”

His comments came two days after the Liberal Democrats’ party (ALDE) led by Senate president Calin Popescu Tariceanu, which has been a part of Romania’s ruling coalition together with the Social Democratic Party (PSD) since the general election in 2016, has announced it would depart from the government after several days of tense negotiations with prime minister Viorica Dancila.