BUSINESS REPORT IN ROMANIA – Q4 2021: Legislative predictability and measures to mitigate the side effects of the Covid-19 pandemic are highly needed 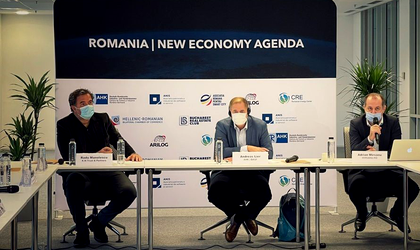 Investments continue in most of the economic sectors and the transformation and permanent adaptation to new realities remain key business priorities in the 4th quarter of 2021, concluded the participants at ROMANIA Business Forum. NEW ECONOMY AGENDA. The event was co-organized by 8 business associations, which represent some of the largest contributors to Romania’s GDP: AHK Romania – The German-Romanian Chamber of Commerce and Industry, ANIS – Employer’s Association of the Software and Services Industry, Romanian Association for Smart City, ARILOG – Romanian Logistics Association, CRE – Romanian Energy Center, HORA – Employers’ Organization of Hotels and Restaurants in Romania, Hellenic-Romanian Chamber of Commerce and BUCHAREST REAL ESTATE CLUB.

The main figures and business realities in Q4 of 2021:

ENERGY, THE MAJOR STAKE. ENERGY PRICE FLUCTUATIONS PUT PRESSURE ON THE ENTIRE ECONOMY, AS WELL AS ON THE CONSUMER

All representatives of the economic sectors present today highlight: