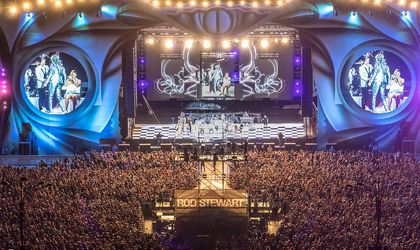 The Bucharest Municipality has adopted a new strategic program to improve waste management in the city, with a pilot project started last year intended to separate the collection of packaging from public events.

Commentators say the project, which was started in 2018, implemented with the research and innovation company Global Innovation Solution SRL (GIS), is one of the most promising and important schemes in municipal waste management, because it addresses many of the capital’s weak points, such as citizens’ awareness and education, low rates of separate collection and poor waste management infrastructure.

The initiative, entitled Separate Collection of Waste generated during Public Events, was born during the implementation process of a European research and innovation project called Urban Wins, which aimed to create innovative ways of improving the quality of urban life, by adopting a new perspective: considering the city as a living organism.

In progress until April 2019, the project is intended to improve the waste management strategy used at public events such as large-scale concerts and other entertainment performances, organized by CreArt and ArCuB. So far it has been rolled out at large events such as: IEI Festival, Creative Fest, Cinepark, Green Sounds Festival, Bucharest City Days, The Fair of Bucharest, and Christmas Fair. 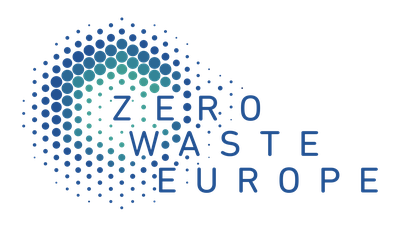 The project’s main objective was to develop an effective strategy and an easy-to-use guide, for more efficient waste management at the events organized in collaboration with the Bucharest Municipality.

The activities were designed and implemented in response to discussion by the Urban Wins research project, which identified the need and urgency for implementing the program, following suggestions by civil society and several organizations who attended public debates.

Relying on stakeholders’ willingness to get involved, the project was carried out at no cost, benefiting from the voluntary support of  Global Innovation Solution (coordinator of the action), Ecoteca (which contributed to the production of documents and raising awareness), ArCuB and CreArt (organizers of events that have made special efforts to improve the current waste management situation), Recycle International (a waste collector which provided the infrastructure for collecting recyclable waste), ALPAB (Parks, Lakes and Recreation Areas Administration), Bucharest Police Department, and INCD ECOIND (Research Institute for Environmental Protection).

In brief, the project aimed to objectively monitor and assess how public events are organized, identify the main problems within the waste management system, and then propose a series of measures for improvement. The information was collected in a creative manner over a nine-month period (data obtained by analyzing various events of different sizes / types, each with its own different peculiarities and characteristics).

The events organized in parks and squares each gathered between 15,000 and 155,000 participants. With maximum daily generation of 4.5 tons, the recycling rates varied between 5 percent and 75 percent of the total produced quantity (recyclable and household waste), based on the prevention and awareness actions implemented for each event and the infrastructure provided.

The project design phase also took into account the recent changes to the environmental legislation, stipulating that waste producers and local public authorities have to increase their recycling objectives by 2020, to be better prepared for the reuse and recycling of waste (paper & cardboard, plastic, metal, and glass).

The legislative changes aimed to reduce the amount of waste sent to landfill and to encourage the separate collection systems of recyclable waste.

The initiatives implemented in the pilot project have already proved their effectiveness (the monitored indicators have shown clear improvements), creating a system of guidelines and rules for stakeholders and the general public, helping to improve the municipal waste management system.

For example, in the observation phase when the proposals were tested, the amount of waste produced at the event and collected selectively was monitored and quantified, keeping the amount sent to landfill below 20 tons. The recycled waste had a low level of contamination, so 100 percent of it could be sent for recycling, while organic waste was sent to landfill in much smaller quantities.

The project brought together all stakeholders that manage waste in the city to sign a collaboration agreement, where they accepted duties to fulfill on a voluntary basis, the first action of its kind at municipality level. Each stakeholder has set its own goals (through a participatory approach, moderated by municipal representatives and project partners), and the project has improved several prevention aspects and increased separate collection levels, while reducing the contamination of recyclable waste.

In addition, guidelines were introduced for sellers of food & drink products, capping the waste they could dispose of, and tasking them with keeping a clear record of the waste disposed of at the event. In some cases, only the use of biodegradable packaging was permitted, or the use of waste with low recyclability was forbidden.

Given that there was no training methodology for individuals involved in waste management at public events (such as training for the employees of the event organizer, the sanitation staff, the recyclable waste collector staff, volunteers, as well as the general public), important steps were taken in this regard.

In terms of raising awareness, the proposed actions envisaged getting the artists on stage to promote the separate collection of waste, so celebrities could remind the crowds of the organizer’s intention to collect the waste selectively. Printed information (in the form of reusable, non-disposable banners) may also be used to announce the waste recycling plan.

”We want this project to be just the beginning of a change of waste management strategies and mindsets so that we can gradually implement all national targets in order to reduce the total amount of generated waste, and increase the recycled quantities. The medium- and long-term objective (after the Urban Wins project completion) is to expand what has been developed to other municipalities in Romania and to serve as a source of information for other European cities,” said Dr. Ing. Florin Nenciu, Researcher in waste management at GIS.

Commentators say the project is important, and not necessarily because it is the first long-term initiative resulting from a research and innovation assessment, but because it meets four main objectives that no other Romanian campaign has really tackled: the prevention of waste generation, public and stakeholder awareness, separate collection of waste produced during events, and a clear target for the collected waste to be recycled (assuring low contamination levels and a very strict separation of waste types).

The project has many innovative technical elements, firstly the strategy that was created following debates involving all stakeholders (vendors of packaged food and beverages, sanitation companies, waste collection companies, event organizers, civil society, environmental NGOs, police, park administration) to enable an accessible participatory approach. Also, unlike other one-off actions, the project was designed to have a long period of analysis and implementation, in order to correctly identify the current situation and to create useful guidelines and recommendations for stakeholders. https://ebiteua.com/en/

It is also notable that this is the first project in Romania that takes proper notice of waste contamination, which has made it possible to carry out statistical analysis of the different types of waste collected separately in order to change the approach depending on the type of packaging being disposed of or the type of event. ”In the past there have been no assessments of how to address the inherent and specific problems that arise depending on each event type and scale. Many differences have been identified that completely change the approach (such as interior vs external events, the different number of participants per event, the way security measures at a concert affect the collection, restrictions for avoiding the degradation of park vegetation, and the demographic attracted by the concerts),” said Dr. Ing. Florin Nenciu, Researcher in waste management at GIS..