BR’s TAX & LAW | Viorel Sbora (Atipic Solutions): Companies in all EU countries should keep in touch with the group on transfer pricing transactions 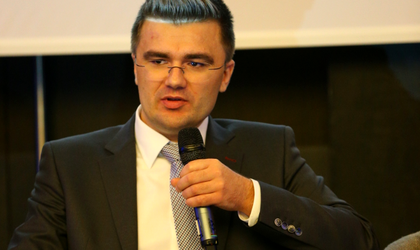 Viorel Sbora, Transfer Pricing Partner at ATIPIC Solutions, was one of the speakers in the panel on major fiscal changes being rolled out in 2019 during BR’s Tax & Law Conference. He explained how the new European rules on transfer pricing impact corporations with subsidiaries in several EU countries.

“There have been intense discussions on the issue of transfer pricing at both the European and international levels. The most recent measure refers to consultants and taxpayers being required to report to fiscal authorities their cross-border fiscal optimization schemes. We should note the fact that the definition of what such a scheme is is very comprehensive”, he explained.

For example, acquiring a company that posted a loss in order to reduce the upcoming tax obligations can be seen as a cross-border fiscal optimization scheme. “On a local level, the recommendation to companies is to keep in touch with the group and ask if there is a specialized person reporting these transactions. If not, you need a person here to report. The measure has retroactive effect from July 2018, but will be applied starting in July 2020; the penalties will only be applied only from 2020. If Romania does what Poland did, there will be millions of euros of penalties”, he said.

Another measure, according to the expert, is the country-by-country ratio, which is mandatory for groups with consolidated turnover of more than 750 million euros. “It remains to be seen to what extent ANAF will use the data in these reports to initiate tax inspections and whether they will be more aggressive with the companies caught through this report. Any company that is part of such a group has the obligation to submit to ANAF a notice stating which entity will submit the report. If they don’t, they can receive a fine of up to RON 100,000”, he added.

“Another duty is the tax inspection of companies with activities in 2-3 or more states; each fiscal inspection institution must make control and communicate with other tax authorities. So far, only 120 such tax inspections have been carried out. The EU Joint Transfer Pricing Forum provides a good practice guide for these inspections”, he said.

All these tools have led to a change in transfer pricing management. At group level, the tendency is to hire specialists in the field to take care of this, the consultant explained.

A pre-pricing agreement has also emerged that provides stability and prevention and protects companies from price fluctuations and double taxation.

“Large taxpayers who are required to prepare transfer pricing yearly no longer have to prepare a transfer pricing file for the specific transactions. I would note that the process is very difficult and costly and the authority may reject the pre-pricing agreement. Sustained efforts and significant resource investments are required so that some taxpayers are not disadvantaged by these measures. We have created a tool for our clients to find out which is the maximum and minimum exposure at transfer pricing, and get an estimate of the exposure exposure on the type of transaction”, he concluded

Asked about the transfer price between two Romanian companies, he explained that there may be when a large company is trading with an SME or when two companies in the group are profits, one at a loss.

“Under the Iceberg operation, large taxpayers were announced, but there were only 20, and then 60 smaller taxpayers (all big companies). Tax authorities are getting better and more well-versed in inspections, but unfortunately, if we look at court decisions, we see that their failure rates are 60-70 percent, that is, much more until we reach the point where their arguments will be sustained in court”, he concluded.
DMCA
PROTECTED
Tags: atipic solutions, tax law 2019, transfer pricing, viorel sbora