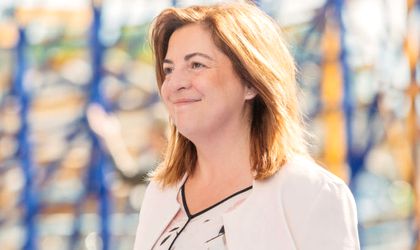 BR was at the Economic and Financial Affairs Council and we spoke to Valeria Ronzitti, the General Secretary of the European Centre of Employers and Enterprises providing Public Services (CEEP), which represents employers in public utilities like water, energy, transport, social services, education, administration and many others – in short, the infrastructure needed for the private sector to be able to prosper. We asked her about the most important changes she believes are necessary for a better convergence across the EU and why some areas have a harder time accessing EU funds for development.

The priorities of the next Presidency of the Council of the EU were presented today. Can you tell me what was most important from your point of view, and why?

We look forward to a strong social cohesion policy – structural funds and the possibility to invest in territories – because for the services we deliver, these are key in order to reach the upward convergence we need at the European level and also to decrease the disparities that are increasing from one member state to another. The inequalities that are spreading not only between member states but also between regions within the member states is very worrying for us.

We need to deliver the best possible services to citizens in every region – both urban and rural areas. Europe, with these structural funds, should be able to provide local communities with the infrastructure necessary to diminish these inequalities.

There is a lot of inequality in Romania in terms of infrastructure – roads, access to energy, water, etc. We also don’t have a great track record of accessing EU funds. Is it due to bureaucracy or the inability of member states to access funds or the inability of private companies that have privatised the water/gas/other infrastructure – what do you think is the main cause of the delays in the necessary investments, either with the country’s own budget or through EU funds?

Inability and bureaucracy go together. Very often, the excessive bureaucracy prevents those who could apply for funding from doing so. We have been carrying out studies showing that, for instance, the lack of coherence and interconnection between regional structural funds rules and stated rules discourage beneficiaries to apply for funding. Rules are so complicated that they don’t even seek funding anymore because they expect to get stuck at some point. Many potential beneficiaries initiate the process, which is considered applying, and at the very late point of the process they get blocked, which is really discouraging. This is why the simplification part of the next term is going to be so important.

The minister here had a good example about the need to simplify public procurement rules as well. Now, the EU directive is quite simple and straightforward, but we know that the way different member states implement it doesn’t make it so easy for the local providers to access public procurement. So it’s very much about the translation of the rules from the European to the local realm.

Privatization is not the devil per se – it’s all about how national, regional or local authorities are able to provide a service. The decision of how to provide it in order to be kept in local hands is very important. If, at the moment, an institution doesn’t have the resources to carry out a service on its own, they may allocate it to a private company, but it is their choice, so it’s all a political choice and it should be left to the local and regional authorities.