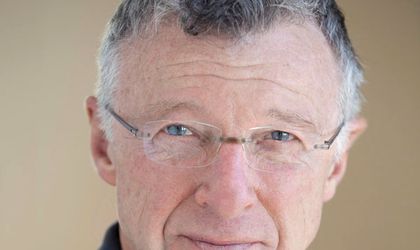 Leadership development expert Gordon Starr talked with Business Review about the endurance of entrepreneurs building companies and the role of leadership in improving the overall results of companies. He also talked about the difference between male and female leadership, providing an advice for Romanians that aim to start their own companies.

Gordon Starr is founder and CEO of Starr Consulting Group, located in San Francisco Bay Area. He holds an MBA in Finance from Stanford University.

Starr is one of the key speakers of Startup Path, the 2-day event focused on entrepreneurship organized by Business Review on September 10-11 in Bucharest.

What are some of the fears faced by people in leadership positions? I am interested mainly in the experiences of entrepreneurs.

The way we do with leadership is very simple. It’s realizing the future that would have not had happened without your leadership. It’s very simple, but it’s also very powerful. It’s about having a future become a reality that wouldn’t have happened without your leadership. So, entrepreneurs, that’s what they’re doing. They have an idea; they have something they’re passionate about. Apple started in a garage with Steve Jobs and Steve Wozniak and they had an idea. It’s all about having that idea become a reality. The difficult thing about being an entrepreneur is the dynamic that happens when you bring anything new into existence. 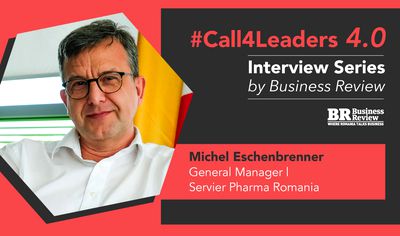 Read more about
#Call4.0Leaders | Michel Eschenbrenner (Servier Pharma Romania): We believe in the power of active collaboration as opposed to competition
read more

When you bring something new into existence, the vertical axis is result and the horizontal axis is time. When you start something up, it’s ten units of energy out and one unit of result back. So you spend a lot of time with very little result and you’ll have a lot of failures. That’s the toughest part because you’ll want to quit and you’ll think of this idea is no good, ‘why am I being so stupid’, and all those conversations will emerge. So, it takes a lot of courage to be an entrepreneur.

It takes persistence, not giving up hope. It doesn’t always turn out, so it also takes a willingness to deal with failure powerfully.

If we hold failure like when I fail, ‘I’m a failure’, then you will truly fail. If you hold failure like “Oh, great, I’ve just discovered one thing that doesn’t work, I can take that off my list. I must be an entrepreneur, I failed again’. It takes a really strong relationship with failure so you don’t let the failure take you down.

There is a fear of failure, which is essential to get beyond that if you’re an entrepreneur.

Is there a difference in facing the risk? In the US people are willing to risk more to achieve a goal, while Romanians are more risk averse, while in Europe people are also more cautious. Is this a cultural thing?

I don’t know what it was like before communism, but Romania was 42 years under communism and most of that time under the rule of Nicolae Ceausescu.

That culture of communism remains and I think that’s really important because I’ve been to the Soviet Union eight times between 1985 and 1989, so I’ve had some first-hand experience of communism. Everything is owned by the state and there’s no independent thinking, and there’s no risk-taking and creativity. But, that’s merely a set of conversations that creates a reality and that reality can be changed. That’s perhaps the biggest job of an entrepreneur.  Not only to take risks, even though there’s this reality, culture of you take risks, you’re going to be into trouble. ‘So play it safe, don’t take risks’. To the extent that you can see there’s nothing true to that at all, but it creates a reality that has people play it safe, try do it right and don’t take risks.

So that’s the biggest job of entrepreneurs in Romania, to take risks and change that culture.

In Armenia, they didn’t have a Ceausescu, somebody as brutal as he was. So, it’s a little bit different. Armenia is flourishing because of business and what business has brought to that society. There’s still the ‘don’t take risks there’, but it’s changing. I’ve had the opportunity to see what’s possible.

How can companies address the stress faced by people in leadership roles?

I have a particular view about stress. Stress is great. I’ll live a stress free life when I’m dead. I have zero interest in a stress-free life.

Then, there is a particular type of stress that is unhealthy. It often comes from operating in an environment where integrity is low and where authenticity seems to be dangerous. So, now I have to play the game so I don’t get into trouble. I have to do things I don’t want to do. It’s a stress that is not of freedom, it’s a stress of living a life that’s not a life of integrity. If you have a life of integrity, the unhealthy stress disappears.

It’s stress that’s born of worry. ‘I’m worried about this, that. Am I going to survive? Am I going to get in trouble?’. All of that type of stress can be unhealthy.

Having an organization that operates with integrity is essential to relieving stress.

I remember very well a man and a company, a couple of years ago. His company took to being one of integrity and after we’d be working there for about three months, people were talking about what it meant. One man raised his hand, he said: ‘I’ve worked for this company for 15 years.’ He said, this is so great. ‘For the first time in my life working here, I’m free to tell a customer the truth.’ And he was smiling.  So, the difference of having to tell the customer the truth, or thinking that you have to lie, in order to cover up the company’s mistakes or pretend something that isn’t true is huge.

How can leadership help improve the overall health of a business? Let’s take the situation of a company whose sales are falling

One something like that happens, the natural reaction of people is of survival. And you’ll see in a culture, people blaming other people and happens in our brain, is that the amygdala,when it is activated, the cerebral cortex doesn’t function particularly well, because the amygdala takes over. And that’s our survival mechanism. The cerebral cortex, from where the creative thinking comes, where the innovation comes, where the thoughtfulness comes. So I think the role of a leader is critical. Not only to see what strategy is needed to pull the company back in financial viability, but as to create an environment where people are not panicked or people can actually deal with the situation, from a place of power, rather than a place of fear.

Certainly, companies fail because of circumstances, yes. For a company to be extraordinary and succeed, there does need to be a foundation in place. A foundation of workability – it does not guarantee success, but it is essential for extraordinary performances. And that takes leadership. So, it needs to be true to its purpose, so the company was formed for something. It was formed to make a contribution in some way, unless it was a criminal company, but we are talking about normal companies. That needs to be present. What is the purpose of our company? And then the rest of the foundation needs to operate with integrity.

Are people born to be true leaders?

No, that’s a total miss that you’re born to be a leader.

Great leaders make themselves, as leaders.

Ordinary people who are out to do something extraordinary, something they’re passionate about, something that makes a difference, something that they see they can make a contribution. That’s what it takes. It doesn’t take somebody who is a born leader. It takes a certain amount of skills, but what it really takes is who one is in their heart, who they’re being. You can lead by following, you can lead by listening, what it takes is a commitment to make a difference, for a person to have a future become a reality. How you go about it, it can take different forms.

We are talking more about robots taking jobs, what’s the role of leadership going forward?

First of all, nobody has found a way to make a brain. That’s totally unique. Robots may be able to speak, but they don’t have language, they can’t create language. In the end a robot, is just on and off, that’s it. But robots can do a whole lot of jobs, but it’s not different than any other time in history. In the 1900s, we all had horses, then somebody invented a car. Then we wondered what we’re going to do, we don’t have horses, people can’t make horseshoes, and we figured it out.  We’re going to figure out the robot thing.

What are your favorite leaders?

Nelson Mandela, Gandhi, Mikhail Gorbachev, Tim Cook, the current CEO of Apple – he’s taking some very courageous stands, Sir Richard Branson – he has a very powerful stand for ending global warming. There is a company called Dick’s Sporting Goods – they took action and said ‘we’re not going to sell guns to people who are under 21 and we are not going to sell assault guns’ – and that costed them a lot of money.

People like Howard Schultz, who is the CEO of Starbucks. Recently, there was an incident of discrimination in one of the Starbucks stores. A couple of black customers were told they couldn’t use the restroom, or something like that.  He closed down the whole chain of stores, for an hour and a half to do training on diversity and discrimination. That’s business way beyond business as usual.

Is there a difference between leadership styles of women and men?

My view is that women’s leadership in business is absolutely essential for a business to fulfill on its awesome potential to make a difference in the world. Here, in Silicon Valley, if you go to a website and look at boards of directors, executive sweeps, you’d find pretty reliably that 80 percent of leadership positions are male, only 20 percent are women.  Women bring a perspective that men just don’t have. Often one that allows for more collaboration and allows for more emotional intelligence, and has a certain level of creativity to her. – to it (the perspective). There’s a nurturing there. There’s an intelligence that men don’t have. I am crystal clear and now there is more research coming out that organization performance in organizations where there is an ample number of women in leadership roles, outperform other organizations.

There’s no surprise to me. Bottom line, I say that women leadership is essential for business to fulfill on its potential to make a difference in the world.