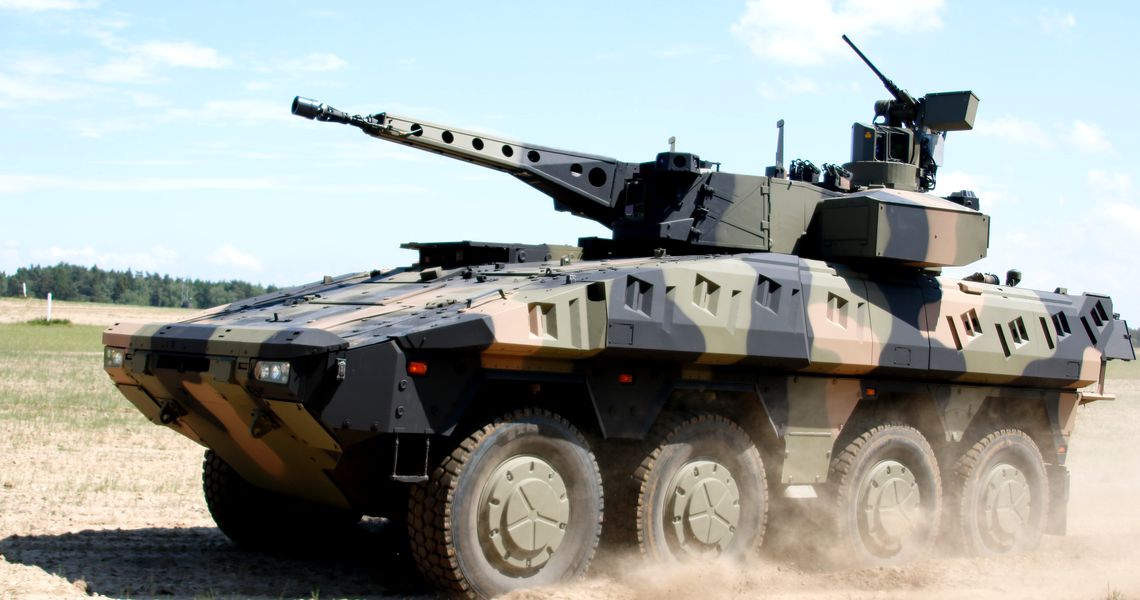 The German defence group Rheinmetall is “very interested” in providing additional vehicle fleets to the Romanian Armed Forces, in particular the military trucks, and in production of ammunition and of armament in Romania, and ensures that its new 8×8 amphibious armoured personnel carrier “Agilis” project tailored for the Romanian Forces is still on track despite the procurement of armoured vehicles from General Dynamics, the group told Business Review.

Romania’s Ministry of Defence recently announced a EUR 735 million multi-year procurement contract for almost 3,400 military trucks, and Rheinmetall expresses its interest in competing for it.

“Rheinmetall is very interested in providing additional vehicle fleets to the Romanian Armed Forces, in particular our military trucks which are used by many NATO partners including Germany. We also have Romanian partners with an excellent service network in Romania ensuring that a maximum of a localization and maintenance work would be done in Romania,” the company said in a response to a request from Business Review.

“In our portfolio we have armaments, protection systems and sensors for the navy, simulation & training systems for all branches of the Armed Forces and ammunition. We have established cooperation with a network of excellent Romanian companies with whom we intend to work together for the current series of procurement programmes of the Armaments Department,” the group points out.

Rheinmetall also says that its first major project in Romania, the production of a new 8×8 Agilis personnel carrier, is still on track.

Last year, Romania’s government granted a contract to US defence giant General Dynamics for 227 Piranha 5 non-amphibious personnel carrier, and many saw the contract as a threat for Rheinmetall’s own project.

“The procurement of armoured vehicles from General Dynamics is based on an urgent requirement from the Romanian Army to fulfill NATO obligations,” Rheinmetall told Business Review.

“Our activities in Romania are following a different model focusing on a long term engagement to help revitalizing the existing defence industry capabilities in Romania. In our Joint Venture “Romanian Military Vehicle Systems S.A.” together with our JV partner “Uzina Automecanica Moreni” we are developing the new 8×8 Amphibious Armoured Personnel Carrier “AGILIS”, tailored according to the specific needs of the Romanian Army,” the group added.

However, the project is conditioned by a procurement contract.

“This cooperation also includes production of ammunition and of armament in Romania. The condition is a procurement contract with the Ministry of National Defence for a total of 342 vehicles,” Rheinmetall said.

Romania increased its defense spending to 2 percent of GDP since 2017 and major US and Western European military contractors have engaged in a fierce battle over multi-billion contracts, aiming to strengthen a weak link on the eastern fringe of NATO.

And Romania’s need for military equipment is huge: its military procurement, modernization and expansion plan for 2017-26 includes eight major projects, worth more than EUR 100 million each.