BR ANALYSIS. French investors get strategic for the Romanian economy 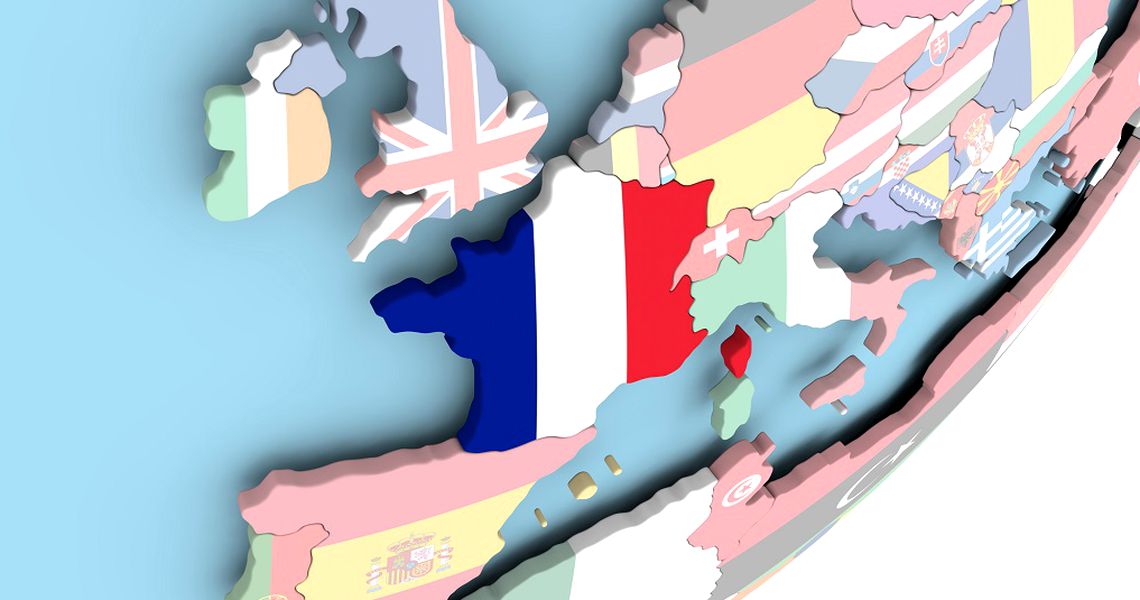 Despite its significant investment potential, Romania still lacks road infrastructure that could boost and support foreign investors in their efforts to develop their businesses on the local market.

According to the most recent market data, released by Bank of France, France ranks fifth in terms of total investments in Romania, with EUR 4.7 billion in 2017, or 6.2 percent of the total FDI. In addition, economic relations between France and Romania have been in recent years and still are on an upward trend in terms of commercial exchanges, posting an increase of 4.4 percent in 2017, to EUR 7.8 billion. Last but not least, France has a strong economic presence on the Romanian market, with about 2,300 companies with French majority stakes being active here, according to a CCIFER study based on data from National Trade Register Office (ONRC). Along with large French groups with a long tradition in Romania in sectors like automotive, financial services, large distribution, urban services, cosmetics and agriculture, many other French SMEs are active on the local market.

A study conducted by ICAP based on financial data from December 2018 shows that more than 3,300 active companies with a direct French shareholding of more than 10 percent were registered in Romania in June this year (whether individuals or legal entities). The study also found that 1,865 companies that have declared their financial data, posted a combined EUR 15.5 billion in turnover and had more than 98,000 employees in December 2018. In addition, 119 firms reported a turnover of above EUR 10 million last year. Some 982 companies (53 percent) recorded profit, another 713 (38 percent) posted a loss, while the remaining 9 percent declared 0 as their result.

According to ICAP, in December 2018 Automobile Dacia was ranked first in terms of turnover (EUR 5.3 billion), followed by Carrefour Romania (EUR 1.6 billion), Auchan (EUR 1.1 million), Renault Comercial Roumanie (EUR 879 million) and Sanofi Romania (EUR 259 million). The researchers also found that 54 percent of the firms with a French shareholding of more than 10 percent are registered in Macro-region 3 (which includes the following counties: Arges, Calarasi, Dambovita, Giurgiu, Ialomita, Prahova, Teleorman, Ilfov and Bucharest). The manufacturing sector accounted for about 19 percent of the total number of companies (349) and 47 percent of the total number of employees (45,872). It was followed by the wholesale and retail trade and repair of motor vehicles and motorcycles (358 companies) and professional, scientific and technical activities (242 firms).

These three sectors represent 51 percent of all the French companies included in the study conducted by ICAP. Manufacturing and wholesale and retail trade are the sectors that posted the highest number of employees (over 72,000) and account for 89 percent of the total turnover. Last but not least, according to financial data from 2018, quoted by ICAP, only four sectors are not profitable: electricity, gas steam and air conditioning supply; construction; arts, entertainment and recreation; and other service activities.

“Despite the economic and political instability, the trend in Romania in the past year has been of economic growth, and we expect the growth to continue in 2019 as well. The economic growth of 4.1 percent was supported by an increase in domestic demand and by Romanian exports, which reached EUR 67.7 billion, an increase of 8.1 percent. For sustainable growth, we think public investment should be a factor, in order to stimulate local and also attract foreign private investment. Furthermore, local companies should be encouraged to go international and reach new markets with added-value products and services,” says Adriana Record, executive director of the French Chamber of Commerce (CCIFER). According to her, the CCIFER has the mission to stimulate collaboration between its members across the country, with openness to other business communities, working in a network through Coalitia pentru Dezvoltarea Romaniei (CDR) Task Forces. This year, CCIFER has reached over 550 members, companies with French and Romanian capital, whose combined turnover is EUR 17 billion, and which together have more than 125,000 employees (not all the CCIFER members are French companies). “The French community is quite dynamic – existing investors continue to develop their footprint and new ones are interested and ready to access new sectors,” she adds.

BRD Group recorded a net profit of RON 301 million in the first quarter of 2019, down 27 percent from the same period last year, as a result of the decrease in the cost of positive risk and an increase in regulatory costs. “In the first quarter of the year, BRD continued to grow lending on both retail and corporate segments, and increased transaction volumes while improving its operational performance. In the future, we will continue to build on our strong franchise, actively financing the projects and activities of all economic actors, and prioritizing improving customer experience by enhancing digital innovation and further streamlining processes,” said Francois Bloch, general manager of BRD Groupe Societe Generale. Last but not least, last November in London, the lender was named “Best Bank in Romania” by The Banker magazine. Ability to adapt to the business environment, profitability, competitiveness, the quality of strategic partnerships with clients and an innovative commercial offer were among the criteria for this award.

“In 2017 and the first half of 2018 we capitalized on the mix between our products, a careful policy of risk management and a sustained effort to improve customer care. This allowed us to obtain very good financial and commercial results,” added Bloch.

At the beginning of this year, Romanian carmaker Automobile Dacia, a subsidiary of France’s Renault Group, announced that it had started a major expansion program at its factory in Mioveni, which will generate an increase of its production capacity to over 400,000 units per year by the end of 2020. The investment is estimated at EUR 100 million for the next two years. In addition, as part of this program, the company will hike its number of employees by 300 while its automation degree will reach about 20 percent in 2020. Along the same lines, the company registered record profit last year of EUR 162 million, up 40 percent compared to 2017. The group posted a total turnover of EUR 5.3 billion in 2018, a 5 percent gain on the previous year. The results include only the Romanian businesses, excluding its Morocco factory which produces cars under the Dacia brand. The Mioveni factory produces mostly the Duster and Sandero models and has about 15,000 employees.

Retailer Carrefour, the operator of Europe’s largest hypermarket chain, obtained 2018 revenues that were 6 percent higher than in the previous year, reaching a record value of almost EUR 1.9 billion, according to profit.ro. Carrefour’s local store network grew by almost 40 branches last year, reaching a total of 360, of which 35 are hypermarkets, 261 are supermarkets, 51 are proximity stores and 13 cash & carry stores. Plus, this year, Carrefour Romania launched the largest integrated program for supporting Romanian farmers wanting to adopt a bio-agriculture business model. The program represents a long-term commitment and is open to any Romanian farmer who intends to be certified as an organic producer. Back in 2016 Carrefour launched Bringo, an integrated platform that includes an app for customers, one for suppliers and a system that coordinates everything behind the two apps. “Bringo managed to go, in just two years, from an innovative startup on the Romanian market, to the only delivery service available in 18 cities around the country. We ended 2018 with over 400 percent more orders and more than 2.5 million products delivered, and for the current year we want to expand the service to as many cities as possible and deliver more and more orders,” Alex Matei, IT director at Carrefour Romania, told BR earlier this year.

For the last two years, Apa Nova has been going through a modernization process which it says has had visible results on the quality of its services. The company supports sustainable development through investments in a more efficient water and sewage network, a continuous business reengineering process, the digitalization of its internal operations, the sewage treatment at Glina, a continuous reduction of paper usage and a customer-oriented approach. At international level the group has put sustainable development issues at the forefront of its strategy (water service management and protection of water resources, promoting treatment, recycling and recovery, optimization of energy consumption to conserve energy, reduce carbon and fight climate change). Based on digital technology, smart solutions have been designed to improve information and convenience for users and to optimize the environmental and economic performance of the company’s services. Consequently, Apa Nova has now positioned itself as a natural player in smart city solutions and the sustainable city of the future.

Last year, the Saint-Gobain Group in Romania announced that it had restarted the production of fiber glass mineral wool at its Isover factory in Ploiesti, following an investment of EUR 5 mln. The production line was reopened last August following major investments in technological upgrades, two years after it was temporarily suspended.

The move created 50 new direct jobs and many other indirect ones in related services. Saint-Gobain Isover will provide products and solutions from the plant in Ploiesti for both the national market and other markets in the region, such as Moldova, Bulgaria, Hungary, Serbia, Croatia, Bosnia, Macedonia, Kosovo and Albania. “The Isover plant in Ploiesti is a strategic asset for Saint-Gobain, being one of the few mineral wool factories that produces both glass wool and mineral basalt wool. The decision to reopen the fiber glass mineral wool production line is part of the wider strategy of the Saint-Gobain Group in Romania, prompted by the positive trend on last year’s construction market and the desire to strengthen our commitment to the local and regional market,” said Ovidiu Pascutiu, general manager of Saint-Gobain Construction Products Romania – Rigips and Isover.