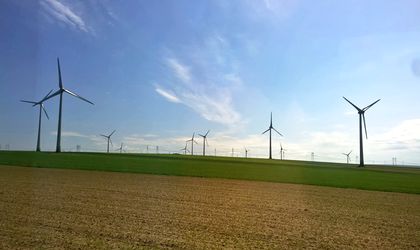 Agricultural land in Romania is the cheapest in Europe, according to an Eurostat report. Thus, at the level of 2016, the average price of one hectare of agricultural land was EUR 1,958, while the average in the Netherlands was over 31 times higher, amounting to EUR 63,000 euros. But, things are getting better.

Anyway, Romania has a lot to recover, and lately it partially happened, the number of transactions and the value of the agricultural land increased.

”The acquisition of agricultural land in Romania is steadily increasing and will continue to increase in the coming years. On the one hand, there is the “cultural” interest and preference of the Romanian farmer to invest predominantly in land acquisitions, and on the other hand, foreign investors see the business opportunity given by the still low price of agricultural land in Romania,” general manager fo Agricover Credit IFN, Robert Rekkers, told BR.

The are a lot of indicators that influence the agricultural land prices. Among them are the laws in place, the region, the climate, the quality, but also the market conditions and the influence of the investors.

Thus, although Romania has a high quality land, from which it can produce a lot, the rest of the categories are not quite at the same level.

The market is still in its infancy, infrastructure is weak, irrigation is lacking in many regions, and many lant owners are not aware of the European trends. Also, the property is still fragmented, large areas of land can hardly be gathered, and those who sell get quite small amounts. ”The shredded property is a factual situation regarding the agricultural land in Romania, although in the last years we see a continuous trend of land consolidation. The big problem, however, is the lack of cadastre at national level and the blockages at the Offices of Cadastre and Real Estate Advertising (OCPI). There is a project under discussion on the realization of the free cadastre – the National Cadastre and Land Book Plan, but it remains to be seen to what extent it will work and will solve the problem of cadastre and land registration in Romania,” explains Rekkers.

The Agricover manager says that there is a limited supply of land on sale in many agricultural areas.

„Many times the farmer is in a position to react quickly to various emerging acquisition opportunities and can not wait for late delays. A financing solution specifically designed for these situations is the Pre-tabulation credit, in which we quickly provide the farmer with the money he needs to buy the land needed to secure the farm or farm extension. Thus, we give our clients a six-month grace period to be able to enter the land at the time of the loan by accepting a written commitment to land mortgages or various other guarantee solutions,” Rekkers states.

Still, the market is in a better position comparing with 5 or 10 years ago. There are huge transactions, the prices went up, partially influenced by (specially in Dobrogea) wind farms developments from two, three or four years ago.

Robert Rekkers of Agricover believes that at this time on the market there are all the premises that support the growing trend of arable land.

”The price, although rising in recent years, is at a very good level still small compared to the price of agricultural land in Europe. At the same time, yields per hectare are increasing, access to finance is easy for farmers, and, moreover, at least until 2020, field subsidies are kept at a very good level,” says Rekkers.

In addition, the farmer owns on average only 10 percent-15 percent of the land worked, the rest is leased. In this context, his interest in continuing to acquire will remain in the next period. It remains to be seen what will be the impact of the set of legislative changes under discussion on the trading of agricultural land in Romania.

40 percent of the land owned by foreign companies 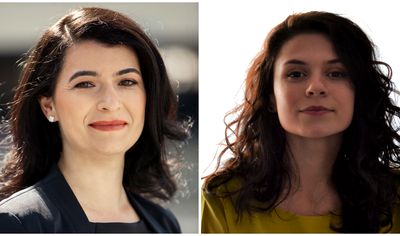 In this time, authorities are trying to harden the conditions for agricultural land foreign investors after a study ordered by European Parliament at the end of 2017 showed that around 40 percent of the Romanian agricultural land is owned by foreign citizens.

The study states that Romania has no official data on this phenomenon, and shows that around 20 to-30 percent of the country’s arable land belongs to foreign citizens in the EU, while other 10 percent belong to people residing in countries other than the EU.

The most important foreign company active in Romanian agriculture is libanese Maria Group, run by Libanese Jihad el Khalil, which operates more than 35,000 hectares, has its own seaport and grain storage.

And the presence of foreign investors in Romanian agriculture has two sides. First of all, they came with know-how and technology and push up the productivity, teaching Romanian farmers to improve their operations.

On the other hand, as the raport of European Parliament said, their way is based on chemicals and drugs, create a risk to poison the environment and affects the unemployment rate in the rural areas, because the technology used doesn’t need many employees, and encourages people to emigrate.

The future of the market

As food production will always be important, Romanian agriculture will develop. The prices of the land will grow, and the use of technology will diversify.

As an effect, the number and value of the transaction will grow.

”Last year, around 100,000 hectares were traded at an annual transaction value of about RON 2 billion. Agricover Credit IFN has funded around 15 percent of the total transactions in 2017, and, as in 2018, we estimate we will exceed this percentage. One of the large agricultural land transactions in the area of ​​385 ha was financed last year with an amount of EUR 1.5 million in Olt County,” Rekkers said.

According to Rekkers, from the market information we hold as a result of the agricultural land acquisition financing activity, land transactions in the Ialomita and Calarasi areas were made at prices between EUR 5,000 and EUR 10,000 for a hectare. In the Iaşi area they reached EUR 7,000 per hectare, while the land is becoming more and more valuable in Dobrogea, with transactions ranging from EUR 4,000 to EUR 8,000 per hectare, and in Banat, between EUR 6,000 and EUR 8,500 per hectare.

And these prices might be available for few months, the demand continues, and food production will always remain attractive.