Bobnet Group, the company behind Bob Concierge, is opening a new factory in Romania 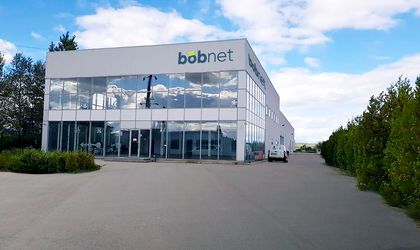 With a 10 million euro investment to be allocated over the next few years, Bobnet Group is launching Bob IoT Enterprise, a new factory in Pitesti, Romania, where it will produce innovative Internet of Things (IoT) devices, dedicated to the European market.

Bob IoT Enterprise will provide industrial-scale manufacturing of a wide range of IoT devices for automated retail and smart logistics, such as autonomous, fully automated stores, restaurants or logistic warehouses. Once validated through the Bob Concierge project, the technology will now be marketed to third parties as a stand-alone solution.

The devices built by Bob IoT Enterprise are using an operating system based on IoT cloud technology that can be applied, scaled and customized for different industries and business needs, both for small companies and large retail networks. The use of Bob IoT Enterprise appliances in the Cloud IoT ecosystem will represent an important technological differentiation from other solutions on the market, ensuring 24/7 availability, real-time connectivity, high security and advanced processing power.

The Bob IoT Enterprise factory is already producing Bob Concierge devices. It currently occupies an area of ​​more than 2,000 square meters and processes orders for more than 400 such devices. The total investment in the project will be between 5 and 10 million euros, depending on production volumes. The budget will be allocated in stages, in line with the volume of activity, and will gradually increase according to the increase in the number of orders. Thus, the Bob IoT Enterprise factory was designed to operate in a flexible manner. 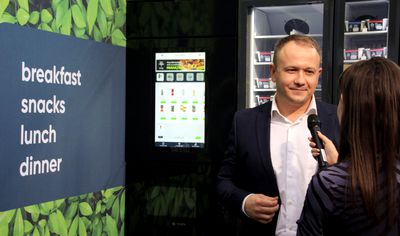 “Our goal is to sell over 200,000 devices in Europe in the next 10 years. For this purpose, the company’s productivity will be gradually increased, to up to 30-40 thousand devices annually, and we estimate that the number of employees will reach several hundred. The market for export will cover practically all European countries, including Eastern Europe. We do not rule out exports outside of Europe either”, said Darius Mihalcea, Director at Bob IoT Enterprise.

The devices produced by Bob IoT Enterprise will be managed by the Bobnet group in the cloud, enabling grocery and grocery merchandising features, as well as logistics functions.

“Our activity is not limited to the production of devices for the Bobnet Group. We plan to execute orders for the design and production of other IoT devices in accordance with the demand of the European market, including complex logistics IoT devices”, explained Darius Mihalcea.

Romanian startup Bob Concierge, launched by the Bobnet Group, is recognized nationally for its unique network of automated devices that ensure quick access to products and services in residential complexes, being the first product of the company to benefit from the intelligent logistics system.