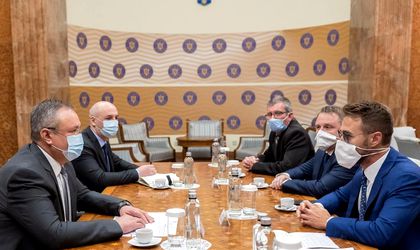 AFV Beltrame Group, one of the largest producers of steel bars and special steels in Europe, has completed the acquisition of the functional production assets of the Târgoviște Special Steel Plant, by concluding the transfer of ownership documents and full payment of the price in the amount of 38.3 million euros + VAT. AFV Beltrame Group, which also owns the Donalam rolling mill in Calarasi, Romania, aims to transform the COS Targoviṣte plant into a European competitive special steel production unit.

Thus, over the next 4 years about €100 million will be invested in modernizing the machinery, i.e. the steelshop and rolling mills, and approximately €40-50 million in providing working capital.

„The acquisition of COS Targoviste is an important step in the Beltrame Group’s expansion strategy in Romania and confirms our long-term commitment to the development of the local steel sector.  COS Targoviste has a strong history in the steel industry, so we are honoured to have the opportunity to revitalise this steel giant. We expect to start production in the existing steelworks and the two rolling mills in early June, in order to supply the internal market with rebar and wire rod and stop the market’s dependence on imports, especially in the context of the conflict in Ukraine”, says Carlo Beltrame, Group Business Development at AFV Beltrame.

At first, at COS Targoviste, we will produce rebar, and as the modernisation work and workforce training progresses, it will return to the production of special steels for which it was originally built. The reopening of the production plant will create about 450-500 new jobs in the near future, with the aim of increasing capacity to about 1,000 new jobs in the coming years. At present, about 70 employees are working at COS Targoviste, mainly to keep utilities up and running and maintain equipment. 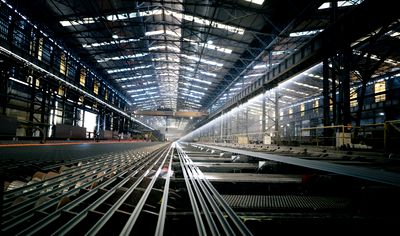 On March 16th, Beltrame Group representatives had a meeting with the Prime Minister of Romania Nicolae-Ionel Ciucă, following the completion of the acquisition of COS Targoviste. The Prime Minister underlined the support that the Romanian Government gives to the development of investments in industry, for the modernization of the national economy, access to new technologies, the creation of new jobs for Romanians and products with high added value for the local and European market.

Donalam, member of AFV Beltrame Group, is recruting labour force for its plant...

Carlo Beltrame: „Our estimate for the price of rebar steel is between EUR...