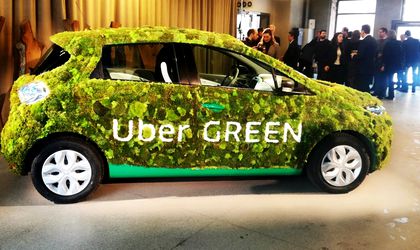 “Since February, since we launched UberGREEN, we are working on the development of the electrical service in Bucharest and we are happy to have Banca Transilvania and 5 to go. We believe that the future of transport is electric, shared with others and autonomous; we want more and more people to have access to 100 percent electrical mobility solutions, convenient and a button away, and this partnership is an important step towards this vision,” said Nicoleta Schroeder, general manager, Uber Romania.

Bucharest faces a serious problem of air pollution. In addition, in May this year, the European Commission announced the launch of the infringement procedure against Romania for failing to comply with air quality standards.