Volkswagen might produce its cars in Ford’s US factories 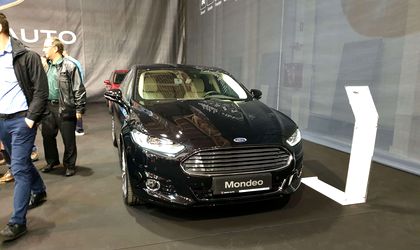 Volkswagen Group is in talks with Ford Motors to potentially make VW vehicles at Ford plants in the US, according to VW CEO Herbert Diess, who said that the automaker could use some of Ford’s spare factory capacity to make the vehicles.

President Donald Trump has pressured foreign automakers to make more vehicles in the US by threatening increased tariffs on imports, arguing that European duties on American cars are unfair.

”The president has a point in trying to convince us to invest more into America, and we are prepared to invest more,” Diess stated.

Ford said its memorandum of understanding with Volkswagen covers conversations about potential collaborations across a number of areas but it is premature to share additional details at this time.

Volkswagen has said it’s considering building a new plant in the US to make VW and Audi vehicles. The company currently has one American plant in Chattanooga, Tennessee.

For VW, the potential Ford collaboration comes as the Dearborn, Michigan-based automaker is reducing its American car manufacturing capacity.

Ford has already announced it’s discontinuing most of its passenger cars, including the Fusion, Fiesta and Taurus. But it has not yet announced any plant closures, unlike rival General Motors, which last week announced plans to likely close several US factories and one Canadian plant.

Volkswagen and Ford have been in discussions about a global alliance, but the nature of those talks has been largely unclear until now, but could also involve collaboration on commercial vehicles in Europe.