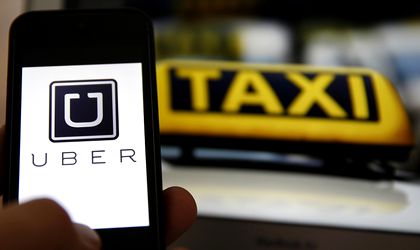 Alternative transport services such as Clever, Uber or Bolt have become legal in Romania after the Dancila government adopted an emergency order regulating these types of services, after months of legislative uncertainty faced by drivers using the ridesharing apps and protests by taxi drivers who claimed that the apps were unfairly competing on the passenger transport market.

“We will establish a formula that will ensure the safe transport of passengers and encourage competition, so that citizens can opt for the best quality services,” said PM Viorica Dancila at the beginning of Tuesday’s government meeting.

Meanwhile, the transport, industry, IT, legal and budget committees in the lower chamber of Parliament were also looking at a draft bill on the regulation of ridesharing services. The chairman of the transport committee had asked the government not to pass an emergency order on the issue and instead let the Parliament pass the legislation. The bill being analysed in the Parliament, he said, would take on all the provisions included in the government’s OUG, with the exception of the bill’s three-year validity limit.

What the ridesharing regulation says

Alternative transport apps must be authorized by the Ministry of Communications and Information Society, and the authorization becomes valid after the company pays a yearly authorization fee of RON 50,000.

Vehicles must meet the following conditions:

Drivers must meet all of the following conditions: