The government chooses to respond to Moldovan citizens with knee-made maps with no value and fancy terms that can no longer trick anyone, says the Pro Infrastructure Association in a press release.

“Recently, the government has included on a beautifully colored map the sector between Targu Neamt and Iasi within the projects that are intended to be achieved through Public Private Partnership (PPP), although all 311 km of the A8 Motorway already have European funding provided, a much cheaper and easier to access solution than the PPP option. Unfortunately, PPP is not a magical solution for faster construction of highways, and in this case well-grounded studies are vital and professional training is needed and projects to avoid bottlenecks during construction. Only by careful identification of risks on the ground, private partners (builders, banks, investment funds) can be attracted to such a partnership, otherwise only companies willing to take risks huge costs, and the costs are not unnecessary. In addition, unlike the projects funded by European money, the Romanian state must participate in the investment with a much higher percentage, and the authorities are not able to properly finance the projects on community funds ,” shows the Association.

The auctions for preparation (feasibility study, technical project, building authorization) of the four projects (Ploiesti-Buzau, Buzau-Focsani, Focsani-Bacau and Bacau-Pascani) of the A7 Motorway were launched on 24 November 2016 and in the following summer, July and August 2017, the offers were opened, but the road company has not evaluated it until now.

In the case of Bacau, the contract for design and execution was terminated in April 2017, but only on 16 December 2017 was re-auctioned and is currently in the tender evaluation stage, with a deadline of 30 May 2018.

“In the countries around us (Bulgaria, Hungary, Serbia, Poland) these stages take place in a few weeks, not months or years! It is obvious that the procurement teams and the evaluation commissions in CNAIR are incompetent, and inexplicably refuse technical assistance from the European Commission,” the Association points out. 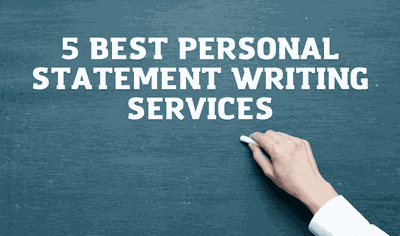 Regarding the A8 Motorway, CNAIR launched a review of the feasibility studies conducted in 2010 to bring them to an appropriate technical level and to obtain the environmental agreement. Two auctions were canceled (Ditrau-Targu Neamt and Targu Neamt-Iasi-Ungheni) and the only signed contract (Targu Mures-Ditrau) did not even start, being suspended by CNAIR (two times) and then terminated on 19 January 2018, the release said.

“We call on the officials of the National Road Administration to finalize carefully the evaluation of the offers for the sections of the A7 Motorway and urgently re-launch the procedures for updating the feasibility studies for the A8 Motorway!” says the Pro Infrastructure Association.