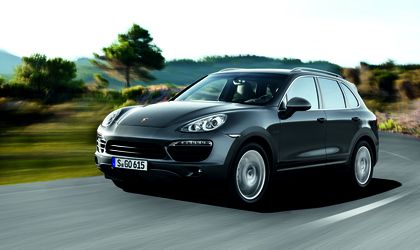 Porsche is trying to boost its electric division and bought a 10 percent stake in Rimac Automobili, a technology and electric sports car business from Croatia. Based in Zagreb, the company is producing components for electric vehicles and also electric super sports cars.

Rimac launched, at Geneva Motor Show in March, a two seater “electric hypercar”, a concept car that can go to 411 km per hour and can load its batteries up to 80 percent in just 30 minutes, named C Two.

“By developing the purely electric two-seaters super sports cars, like the Concept One or C Two, as well as core vehicle systems, Rimac has impressively demonstrated its credentials in the field of electromobility,” Porsche’s Lutz Meschke said in a statement, cited by CNBC.

Porsche is joining car-makers like Volvo and Ford that are on the path to produce more electric cars htan internal combustion ones. Volvo said that by 2019 will have an electric motor  and ford that it will increase its planned investments in electrification to USD 11 billion by 2022.

Apart from electric sport cars, Rimac is focusing on electric powerstrains, high voltage battery technology and the development of digital interfaces between man and machine. Rimac CEO, Mate Rimac, said that the partnership is an important step for the company to become a “supplier of choice” for the devices produced.